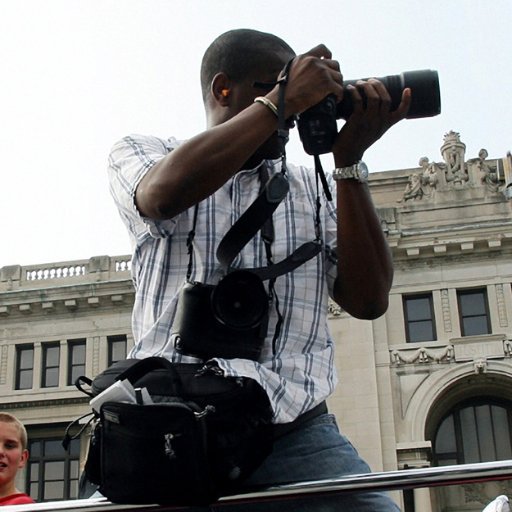 Christian Gooden, a photographer for the St. Louis Post-Dispatch, was pepper-sprayed by the St. Louis Metropolitan Police Department while covering protests in St. Louis on Sept. 29, 2017, according to a news report by the United Media Guild.

Gooden told the Freedom of the Press Foundation that he was taking photographs in between two groups of protesters when he heard that a demonstrator had been tased. He, along with several protesters, turned back to document the St. Louis police walking a demonstrator to a van in handcuffs. “The police sprayed everyone in front of the police line,” Gooden said. He anticipated the spraying, so he backed up turned away to avoid the spray.

Gooden said he continued to take pictures once he thought the police were done spraying, but he was hit by a second stream of pepper spray. He turned his back to avoid posing a threat, but he estimated the spraying lasted five or six seconds.

“There didn’t seem to be a reason to spray the line,” he said. “They were agitated and loud, but no one was coming to put hands on police.”

He told the Freedom of the Press Foundation that he felt the spray on his neck and collar, and he kept turning his head to protect his face. “It felt like he was trying to get around to my ears and eyes,” Gooden said.

Gooden said that while he was not wearing his press badge, he was carrying two large cameras and a photo bag, and had been covering the protests as a photographer for multiple nights.

The St. Louis Metropolitan Police Department did not immediately respond to requests to comment.