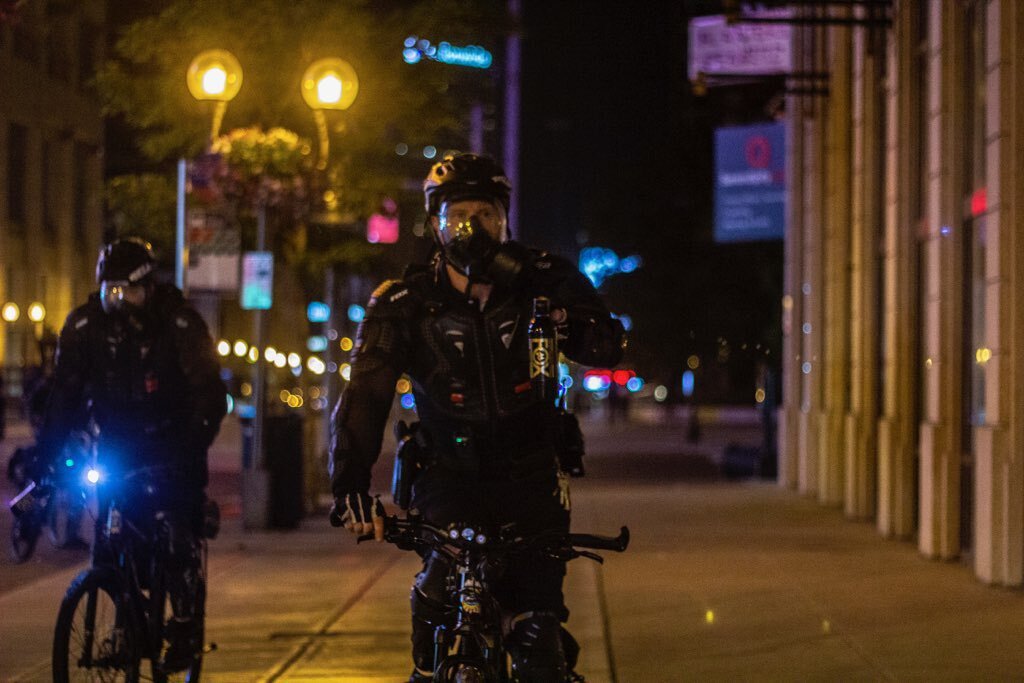 A Columbus, Ohio, police officer on a bike chased student journalist Julia Lerner and pepper sprayed her multiple times after she identified herself as press.

A student journalist at the University of Maryland was chased by police and maced three times while covering protests in Columbus, Ohio, in the early hours of May 30, 2020.

Student journalist Julia Lerner told the U.S. Press Freedom Tracker that at about 1 a.m. she was making her way toward her car after documenting protests near the courthouse in Columbus. Three or four people were on the sidewalk near her, but most protesters had dispersed, at least from that area.

Lerner told the Tracker that she had stopped on the sidewalk to put her camera away when she noticed a line of police officers up the block, including two on bicycles. The officers began shouting at those still present to leave the area.

“[The officers] started screaming. The woman next to me took off running in the other direction and I put my hands up — with my camera in my hand — and yelled, “I’m a journalist, I’m just trying to go to my car,” Lerner said.

She said that one of the bicycle officers responded, “It’s too fucking late to leave.”

The officer then came at her, Lerner said, and pepper sprayed her, primarily hitting her arms and camera as she held her hands in front of her face.

Lerner said the officer pepper sprayed her at least two more times as she attempted to run away, only letting up once Lerner rounded another street corner into an alleyway. She told the Tracker she hid in the alley for approximately 20 minutes before finally making her way to her car.

Lerner said that her camera appears to still be in working order.

The Columbus Police Department did not immediately respond to requests for comment.

Eddy Binford-Ross, a 17-year-old student journalist, said federal agents threw a stun grenade and tear gas canister at her on July 19, 2020, while she was covering protests in Portland, Oregon.Binford-Ross, editor in chief at her high school student newspaper in Salem, Oregon,was covering one of the many protests that had broken out across the U.S. in response to police violence and in support of the Black Lives Matter movement after the May 25 death of George Floyd. The U.S.…
More related incidents