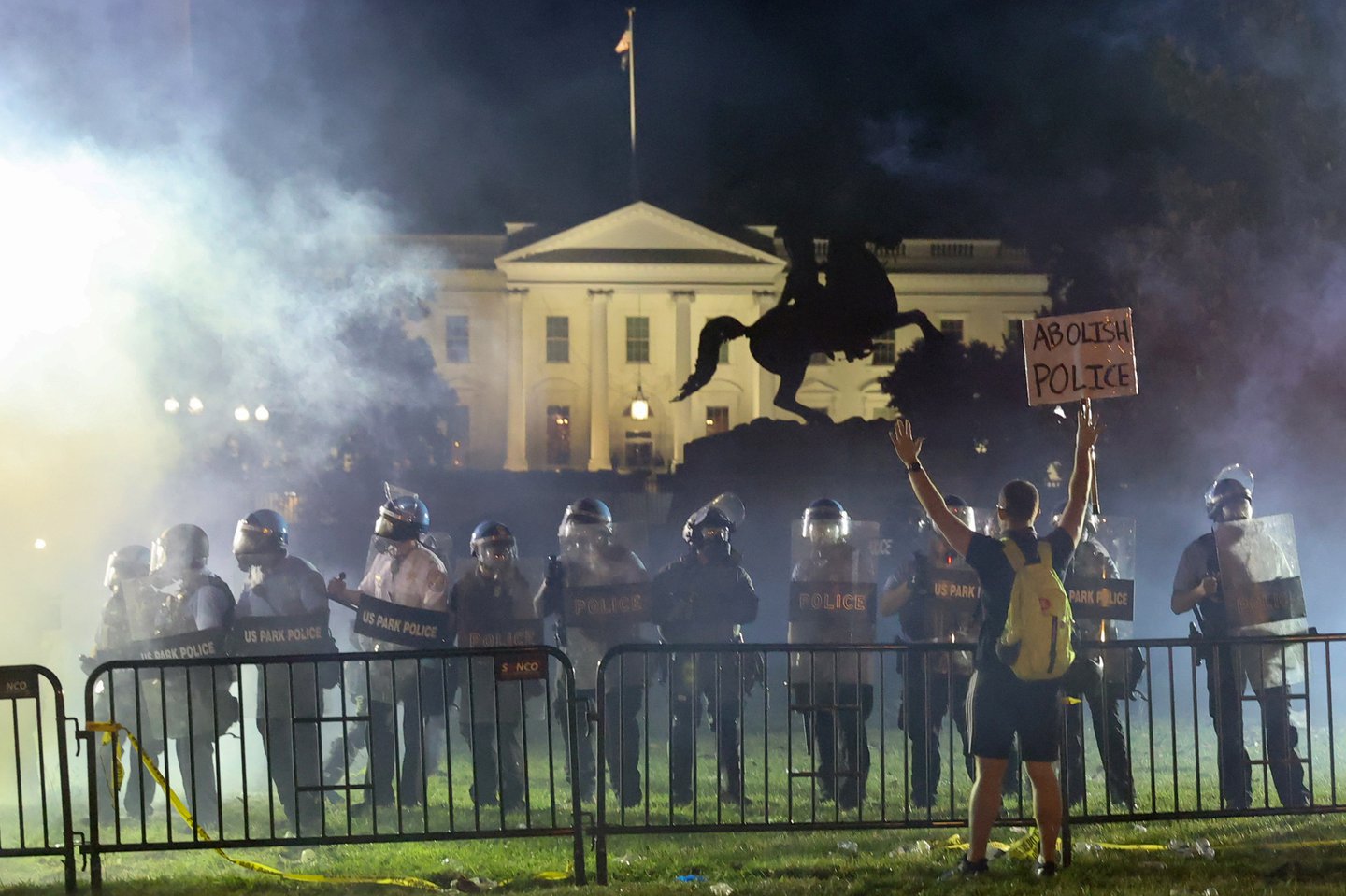 VICE News journalist Todd Zwillich told the U.S. Press Freedom Tracker that he was hit in the head by multiple projectiles during a chaos-filled night of protests in Washington, D.C., on May 31, 2020.

The protests were held in response to a video showing a white police officer kneeling on the neck of George Floyd, a Black man, during an arrest in Minneapolis, Minnesota, on May 25. Floyd was later pronounced dead at a local hospital. Protests against police brutality and in support of the Black Lives Matter movement have been held across the United States since the end of May.

According to his Twitter feed, Zwillich had spent much of the evening of May 31 covering protests in Lafayette Park, near the White House. He told the Tracker that at around 11 p.m., the start of the city’s curfew, he’d been filming a line of law enforcement officials as they marched up 16th Street to clear protesters from the area, saying that the scene was not particularly crowded and that his credentials were visible.

He said that shortly thereafter an officer aimed at him and fired two projectiles. On Twitter he posted that he’d been “hit with a rubber bullet,” but he clarified to the Tracker that he wasn’t sure what the projecticles were. He was hit in the head, though did not suffer serious injury.

Police moving protesters up 16th st. I just got hit in the head with a rubber bullet. My press credentials are out. I’m fine. pic.twitter.com/x6PVf1MnDS

Zwillich said he was not certain which agency the officer was with. D.C. is notable for the large number of different police forces that operate within its borders. Requests for comment from the Metropolitan Police Department and the U.S. Park Police were not immediately returned. 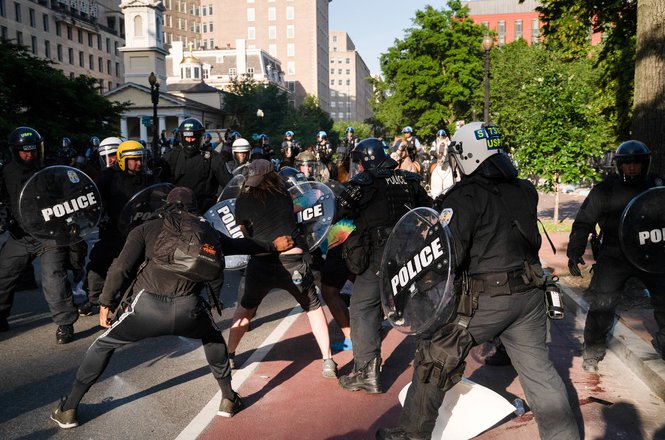 Australian correspondent assaulted by police amid crackdowns in DC

A news crew for Australia’s 7News was assaulted by law enforcement while covering protests against police violence in Washington, D.C., …

Journalist sprayed in face with chemical irritant during DC protest

A police officer sprayed a chemical irritant in Wyatt Reed’s face as the independent journalist covered a protest in Washington, D.C., on Oct. 28, 2020, the journalist told the U.S. Press Freedom Tracker.Reed is a Washington-based journalist who produces the show By Any Means Necessary for Russian state-owned Radio Sputnik. He was covering the second night of protests over the death of Karon Hylton, a 20-year-old Black man who crashed an electric scooter while being pursued by police on Oct. …
More related incidents