For visual journalists, harassment now comes from all sides

Published On
October 18, 2021
Written by
Stephanie Sugars from Freedom of the Press Foundation

Photographer Ken Light has been documenting demonstrations and political rallies stretching back to the Nixon era, but said he has never experienced harassment at the level he faced while covering election protests throughout 2020.

“As a young photographer I went to Nixon rallies and I never had one problem photographing, so this is a new phenomenon,” Light told the U.S. Press Freedom Tracker.

That is why the University of California, Berkeley Graduate School of Journalism professor found his experience covering Election Day demonstrations in the Bay Area suburb of Lafayette, California, so jarring.

“As soon as I took pictures, people started moving toward me, asking what I was doing. They started physically harassing me, holding signs in front of my lens, not allowing me to take pictures. It was pretty disturbing,” Light said.

While the Tracker doesn’t document reports of harassment, it does track harassment that escalates into assault or equipment damage or if there is an arrest made as a result.

Of the 34 incidents of equipment damage captured in the database so far in 2021, at least 25 involved cameras or camera equipment; almost all of these followed harassment because the journalist was photographing or filming. In 2020, the Tracker documented more than 50 instances of damaged camera equipment. That doesn’t include the number of cell phones damaged since tracking began, many of which are used by journalists to film.

Light said that he believes the harassment has escalated this year in response to law enforcement’s use of images to identify individuals retroactively, particularly in the wake of the Jan. 6 riots at the U.S. Capitol. Individuals, regardless of political creed, have become hostile to being photographed.

“There’s a fear of the unknown: where is the picture going to go and what are the ramifications of my picture appearing,” Light said.

Concern about law enforcement’s use of journalists’ photos and footage has not been unfounded. The Tracker documented seven instances of prosecutors or law enforcement agencies subpoenaing media outlets and individual journalists for images captured at demonstrations since May 2020, when protests against police brutality broke out across the United States. Of those, one was carried out, two were ultimately dropped and four are still pending. There are no known subpoenas seeking journalistic images from the Capitol riots.

As general counsel for the National Press Photographers Association, Mickey Osterreicher agrees that the harassment is coming from across the political spectrum.

“It’s not just from people on the right or the left, it’s from everybody,” Osterreicher said.

While NPPA members used to report issues with law enforcement asserting that journalists don’t have the right to photograph them, he said, that has now been overtaken by harassment from private individuals.

“[They] believe that even though they’re out in public where they have no reasonable expectation of privacy, that they can tell somebody that ‘You can’t photograph me’ or demand that they delete the images of them or assault them for taking their picture.”

Julia Wall, a staff videographer at The News & Observer told the Tracker that protesters menaced her and other visual journalists in Raleigh, North Carolina, with a set of demands following the police shooting death of Andrew Brown Jr., a Black man, in Elizabeth City on April 21, 2021.

“It was very clearly targeting press and laying out rules for press in public places,” Wall said. “I think a lot of those rallies and situations would start with, OK, we’re doing our thing here and here’s what you can and can’t do.’ There was always some kind of tension.”

Wall said journalists filming individuals at the protests not complying with police orders or photographing people’s faces would have their cameras blocked by someone in black bloc — a tactic of dressing in all black — with an umbrella.

“They started bringing eggs to the protests to throw at TV crews,” Wall said. She said the individuals still intimidated and threatened her and other visual journalists in Raleigh, but those who complied with the demonstrators’ “rules” were spared from the eggs.

“They started bringing eggs to the protests to throw at TV crews.”

In California, a group of individuals confronted and harassed student journalist Abel Reyes while he was documenting counterprotests to a rally with President Joe Biden and Gov. Gavin Newsom at Long Beach City College. He told the Tracker he felt he couldn’t leave the September protests until he complied with their demands.

Reyes said he was leaving an area with a lot of people identified as supporters of former President Donald Trump when the harassment began.

“It started with a lady who noticed my camera and the press badge around my neck, and she started asking me a bunch of questions, whether I was part of the ‘fake news,’ where I was from.”

Reyes said he tried to walk away, but the woman followed him and continued yelling at him, telling him to take off his “China mask,” in reference to the face mask he was wearing as a coronavirus safety measure.

Suddenly, Reyes said, a group of men surrounded him. One of the men demanded that Reyes show him the photos he had taken. Reyes said he explained that he had taken close to 400 photos and that he couldn’t show the man all of them. The man then told Reyes to delete all of his images.

Reyes left the protest shortly after without attempting to take any additional photos, and told the Tracker that he has avoided any demonstrations with counterprotesters since the incident.

As a young journalist himself, he is particularly upset by the impact of harassment on student journalists.

“I worry about what ripple effects this is having on journalism as a whole. How do you expect someone to go into journalism if they can’t even get through student journalism without something like this happening?”

Editor’s Note: This article has been updated to reflect that videographer Julia Wall and others were harassed while documenting protests in Raleigh, North Carolina. 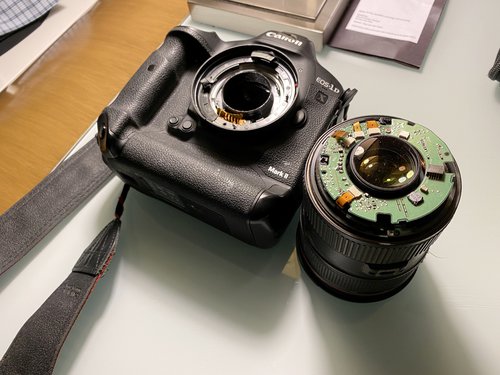 An unidentified man attacked Reuters photographer Lucas Jackson with a crowbar during protests in Minneapolis on May 30, 2020, damaging his camera. Read the full incident here. 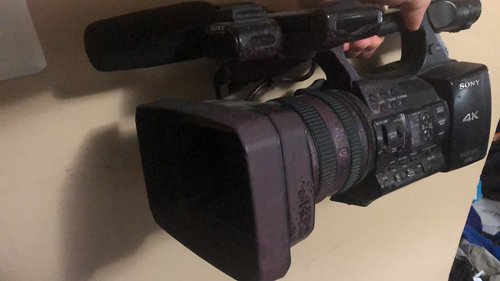 In August 2021, an individual in black bloc sprayed paint on the camera of Ford Fisher, co-founder and editor-in-chief of News2Share, disrupting his ability to cover clashing demonstrations in Portland, Oregon. Read the full incident here.