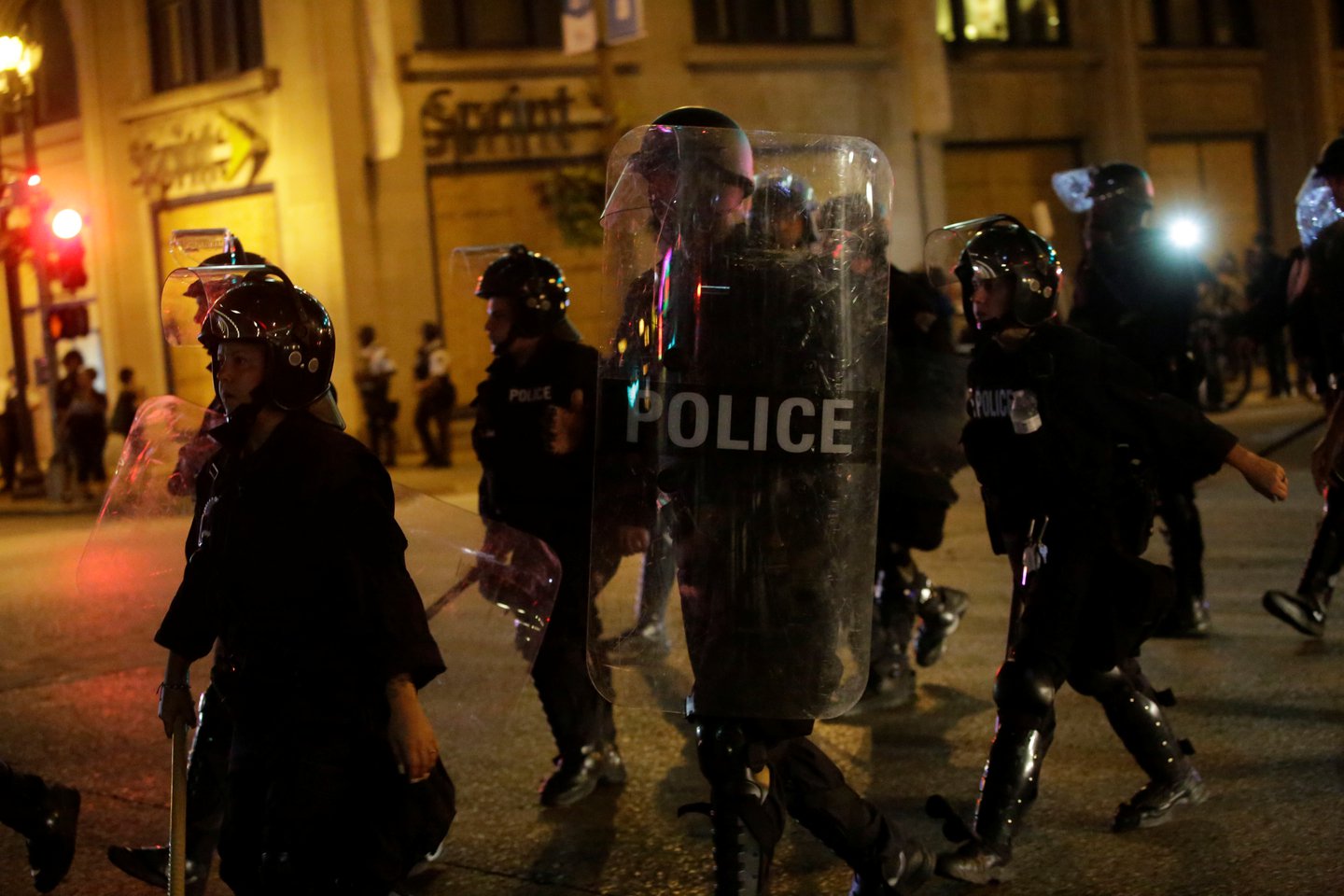 Around 100 demonstrators and multiple journalists were arrested during protests following a verdict of not guilty in the murder trial of a former St. Louis, Missouri, police officer on Sept. 17, 2017.

In a lawsuit filed on his behalf, freelance filmmaker Mark Gullet says he was assaulted and arrested by police officers in St. Louis, Missouri, on Sept. 17, 2017, while recording footage of a protest for his film on crime.

The St. Louis Post-Dispatch reported that more than 1,000 people had gathered in downtown St. Louis that day to protest the acquittal of Jason Stockley, a white former St. Louis police officer who in 2011 fatally shot Anthony Lamar Smith, a black man.

The Post-Dispatch reported that Gullet said he arrived downtown around 11 p.m., “after all the vandalism had happened.”

“I was on the sidelines with other media. Out of nowhere, we hear marching and batons hitting shields,” Gullet told the Post-Dispatch.

Three lines of police in riot gear and one of bicycle officers advanced around the intersection of Washington Avenue and Tucker Boulevard, boxing in approximately 100 people for arrest or detention in a maneuver called kettling.

According to the lawsuit filed on Gullet’s behalf, Gullet saw the bicycle officers approaching and asked them if he could leave. The lawsuit says the officers wouldn’t allow him to pass, and instead pushed their bicycles towards him and told him to get back. Trapped in the kettle, Gullet got on his knees on his own volition.

Gullet was taken to St. Louis City Justice Center alongside others arrested at the scene, where he was jailed for approximately 20 hours without receiving medical attention, the lawsuit states.

On Sept. 17, 2018, one year after the kettling arrests, ArchCity Defenders, a legal advocacy group, and the law firm of Khazaeli Wyrsch filed 12 lawsuits against the St. Louis Metro Police Department on behalf of individuals whom they said were treated illegally by police officers during the protests. Gullet and two video journalists, Fareed Alston and Demetrius Thomas, were among those represented.

Gullet, Thomas, Alston and the other plaintiffs are seeking damages, attorney’s fees, expenses and any other relief the court deems appropriate. A trial for Gullet’s case has not been scheduled.