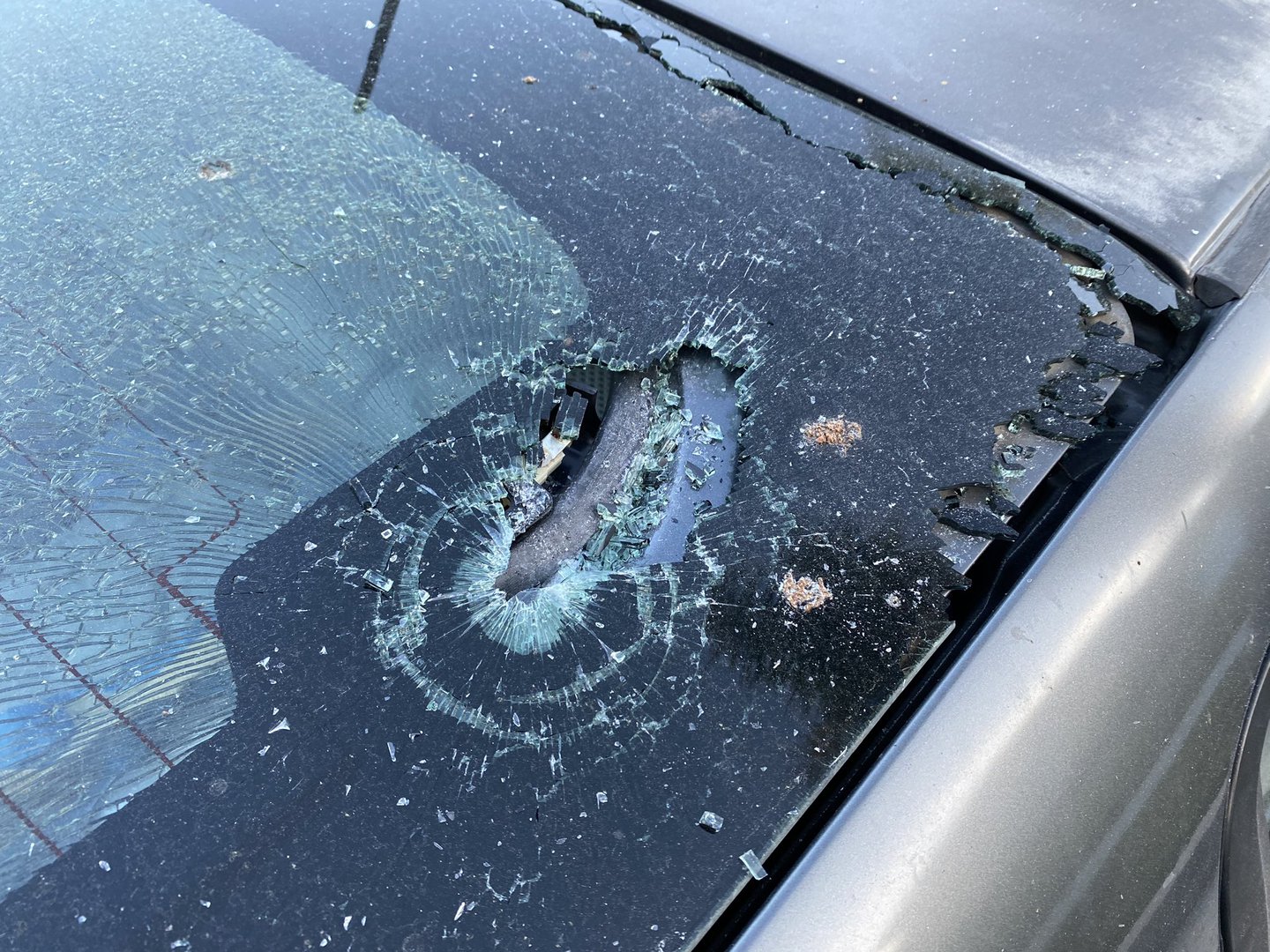 While covering a May 30, 2020, protest in Los Angeles, independent journalist Tina-Desiree Berg says law enforcement pushed her and later shattered the window of her car with rubber bullets.

Independent journalist Tina-Desiree Berg was pushed by a law enforcement officer and her car window was shot out by rubber bullets fired by police while she was covering a protest in Los Angeles on May 30, 2020.

The protest in Los Angeles began as demonstrations erupted across the country, sparked by a video of a white police officer kneeling on the neck of George Floyd, a Black man. Floyd was pronounced dead at the hospital. Protests against police brutality and for racial justice have continued across the country.

Berg was on assignment for Status Coup, which describes itself as a progressive media company, and was on her way to cover a protest on Fairfax Avenue in Los Angeles. She told the U.S. Press Freedom Tracker in an interview that when she and a photographer parked the car, she got out and was confronted by a member of the Los Angeles County Sheriff’s Department. She said she showed her press credentials and the officer left.

Minutes later, another member of the sheriff’s department confronted her, she said. Again, she showed her press credentials, but she said the law enforcement officer did not back off. According to Berg, he pushed her, backing her toward the street where a line of law enforcement vehicles were driving by. She said she feared she would be run over.

As she was covering the protest, she said that law enforcement began deploying tear gas. She said that she was in close proximity to a canister fired by police which landed near her and another journalist, neither of whom were standing near protesters. She was disoriented and having trouble breathing, and protesters helped her to leave the area and recover from the gas.

Around 6:30 p.m., she began to leave the area in her car, Berg said. Body camera footage she later acquired from the Los Angeles Police Department showed officers had formed a line across a broad street and started firing crowd control munitions, like rubber bullets.

Cars were stuck in traffic and could not leave the area. Berg said that she put her head out of the window and asked the police where they were supposed to go.

She said that an officer looked at her, then fired shots at her vehicle.

The rubber bullets shattered the glass of her rear window, leaving large holes, and left dents in the body of her car, photos show.

The cops just shot out by back window. And it was completely unnecessary. This after tear gas, being ribbed by a bully stick and other atrocities. And I had my press credentials visible. Coverage of today to follow on @StatusCoup. #laprotest #GeorgeFloyd pic.twitter.com/pSdLtSIAXq

A spokesperson for the LAPD said the department was not aware of the incident and that the department does not deploy tear gas. The Los Angeles County Sheriff’s Department did not respond to a request for comment.

Berg said that she has communicated with the National Lawyers Guild of Los Angeles about joining a class action lawsuit about police conduct during the protests.