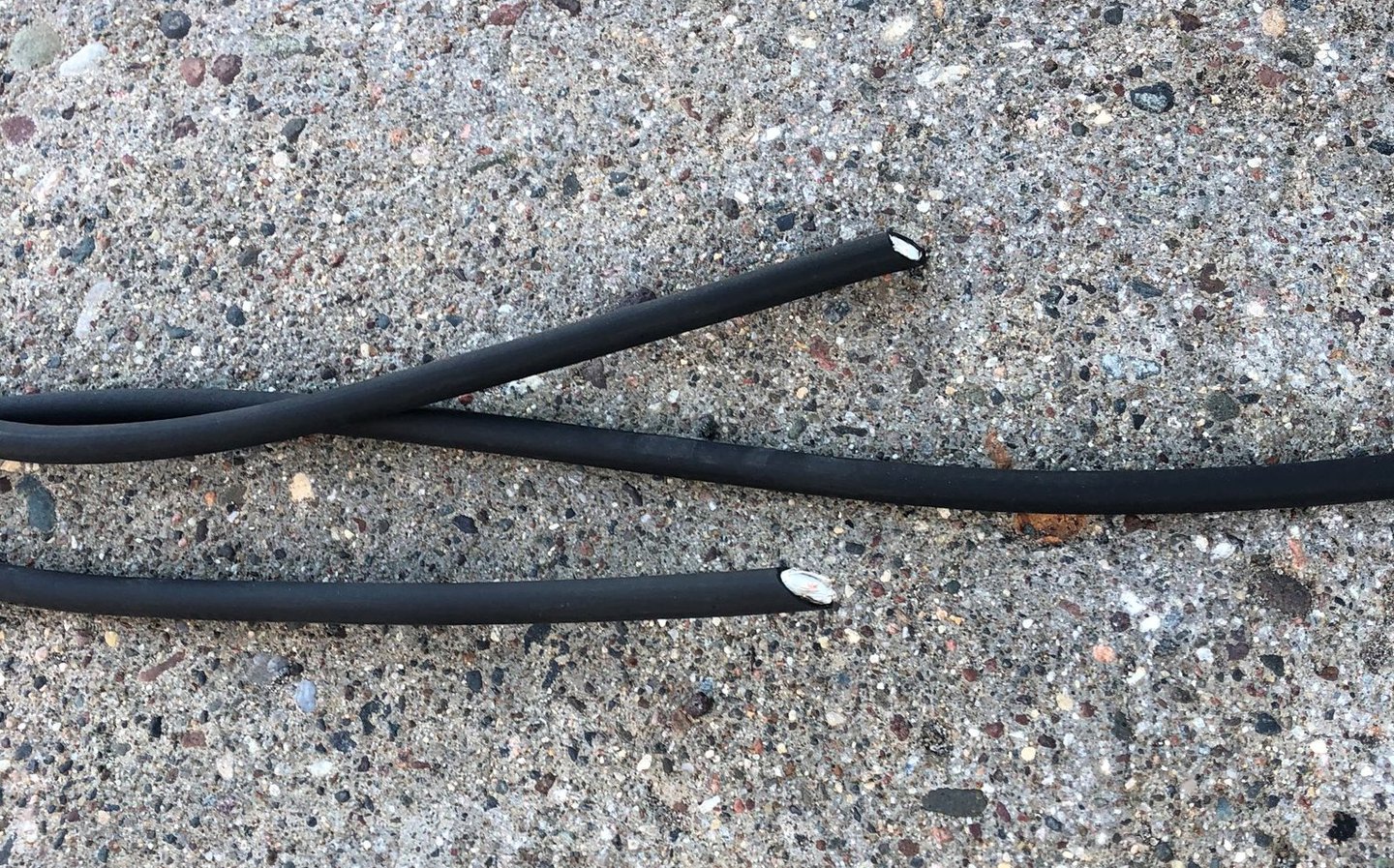 An unidentified man cut the cable connecting a KSTP 5 News crew's camera and live truck, interupting their broadcast on July 20, 2020.

The cable connecting a KSTP 5 News crew’s camera to its live truck was cut during a live shot outside a bar in Anoka, Minnesota, on July 20, 2020.

Reporter Kirsten Swanson told the U.S. Press Freedom Tracker that her crew was working on a general assignment piece about bars and restaurants warned by the state’s Alcohol and Gambling Enforcement Division after failing to comply with coronavirus safety guidelines.

While the news crew, based in Saint Paul, was in an Anoka bar speaking with the owner, Swanson said they noticed a patron who went in and out several times, but specified that the man hadn’t acted aggressively toward them.

“Right before six o’clock, when my photographer went to set the camera up, the patron asked him, ‘Is that camera live? What are you guys doing?’” Swanson said. Her photographer explained they were preparing for a live shot and that they were reporting on the bar. The man scowled at the photographer, she said, before going back inside.

Swanson went on-air shortly after 6 p.m., and she introduced their piece before the recorded package began playing. Within seconds, however, she said they received word from their producer and the technician in the KSTP truck parked up the block that their live shot had dropped.

“Being in this business for a long as we have, you know technology sometimes doesn’t work so we didn’t really think anything of it,” she said. When they went to see what had gone wrong, the technician began rolling in the cable that connects the camera and the truck but only half of it came back.

“The tech stopped and looked down and said, ‘Oh my god, someone cut the cable,’” Swanson said.

Boy, this is a new low. Someone saw us going live on Main Street in Anoka and CUT the cable that runs from the truck to our camera. Shot dropped. Thanks @JackieCainTV for finishing the story up. pic.twitter.com/F25OvCaC6L

Swanson said they filed a police report for the damages, and that security cameras captured footage of what happened.

The Anoka Police Department did not respond to an email requesting comment.

Minneapolis Star Tribune photojournalist Mark Vancleave said he was threatened and his camera drone was stolen May 25, 2021, as he covered demonstrations in Minneapolis, Minnesota, marking the first anniversary of the police killing of George Floyd.The death of Floyd, a Black man, sparked months of demonstrations across the country demanding justice and reform of police departments. On April 20, a jury found former Minneapolis police officer Derek Chauvin guilty of second and third degree murder and second degree manslaughter …

Freelance photojournalist Joshua Rashaad McFadden, on assignment for The New York Times, said he was detained and hit by law enforcement officers while covering a protest in Brooklyn Center, Minnesota on April 16, 2021.The fatal police shooting of 20-year-old Daunte Wright in Brooklyn Center on April 11 rekindled a wave of racial-justice protests that began almost a year earlier. Wright’s death occurred as a former police officer in nearby Minneapolis was on trial in the death of George Floyd. Protests …

At least 15 journalists were detained by police while covering protests in Brooklyn Center, Minnesota, on the night of April 16, 2021, according to reports given to the U.S. Press Freedom Tracker, noted on social media or published in other news outlets.Several hundred protesters marched to the Brooklyn Center Police Department in response to the fatal shooting of 20-year-old Daunte Wright, a Black man, by a white police officer during a traffic stop. Wright’s death, on April 11, occurred as …
More related incidents