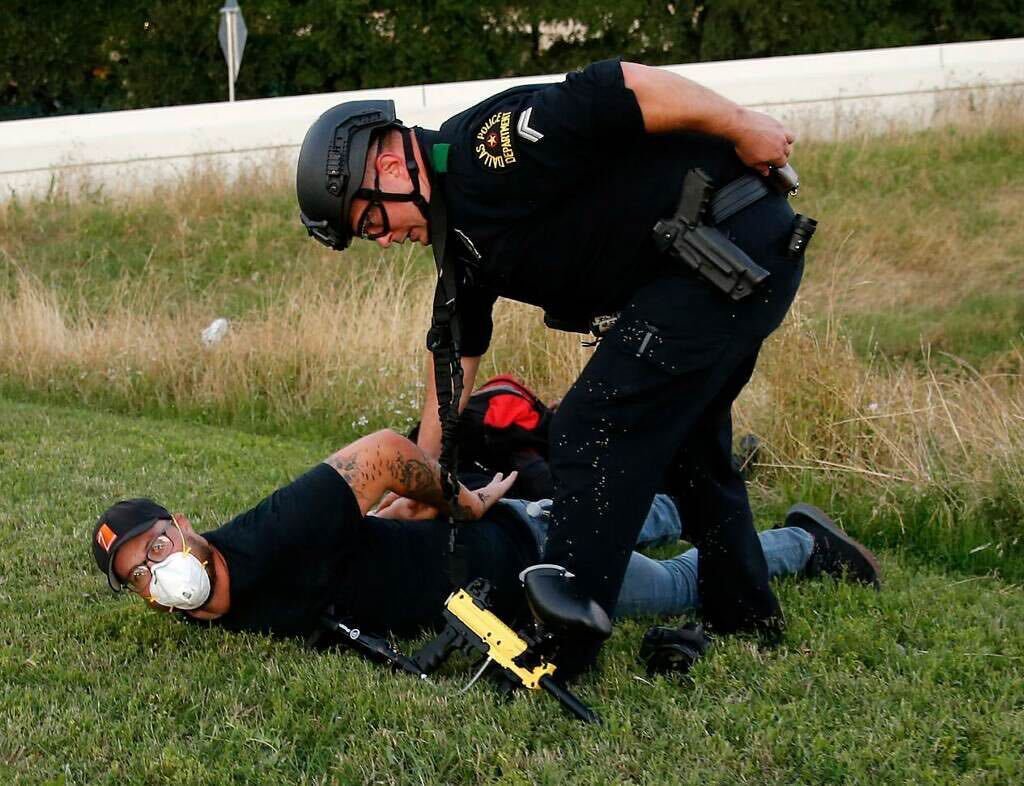 Tom Fox, photographer for The Dallas Morning News, captured the arrest of photojournalist Christopher Rusanowsky while both were documenting protests on May 30, 2020, in Dallas, Texas.

Freelance photojournalist Christopher Rusanowsky was arrested by Dallas police while on assignment for ZUMA Press documenting protests in the city on May 30, 2020.

Rusanowsky, 29, told the U.S. Press Freedom Tracker that he was booked in Dallas County jail on a count of obstructing a highway or other passageway and was held overnight. He was released on bail the following day.

The count is a Class B misdemeanor in Texas, according to the Texas penal code. If convicted, he could face up to 180 days in jail, and a fine of up to $2,000.

Rusanowsky denies that he was obstructing a highway. He said he had been photographing a group of protesters as they blocked traffic on Interstate 35E.

He said he stepped across the highway guardrail and onto the shoulder to take photographs, taking care not to step into the lanes of traffic. Soon after he moved to a grassy area near the interstate to photograph protesters.

Rusanowsky said he began to take photographs of a police officer shooting nonlethal ammunition at a protester at close range when the officer began pointing and yelling at him. He said the officer told him, “You are going to jail too!”

The officer then threw him to the ground, he said, where another officer handcuffed him.

He said an officer seized his cameras and four lenses. He later retrieved the items from police headquarters; he said they do not appear to be damaged.

He was booked into Dallas County jail at 11:38 p.m., according to booking records reviewed by U.S. Press Freedom Tracker, and was released after posting $300 bail the next day. He posted on Facebook about his release.

The experience has left him shaken, he said. “I’m terrified of cops right now,” he said.

“I don’t have training in hostile environment situations,” he said. “This makes me feel very vulnerable. But I believe in this job so much and I want to do this to give people voices.”

An emailed request for comment on Rusanowsky’s arrest to the Dallas Police Department was not immediately returned.

Freelance photojournalist Christopher Rusanowsky, arrested while documenting protests in Dallas, Texas, on May 30, 2020, told the Committee to Protect Journalists that charges against him have been dropped.

Rusanowsky told CPJ, a founding partner of the U.S. Press Freedom Tracker, via email that he received notice that the charges against him had been dropped approximately a month after his arrest, but that he had no further details.

Law enforcement ordered Luke Johnson, a San Jose Spotlight reporter, to get on the ground with his face down while he was covering the third consecutive night of protests against police violence in San Jose, California, on May 31, 2020.Earlier in the day, City Manager David Sykes had announced the implementation of a citywide curfew from 8:30 p.m. to 5 a.m. Notably, media outlets were deemed “essential businesses” and exempt from the measure.When curfew arrived that evening, demonstrators remained on … 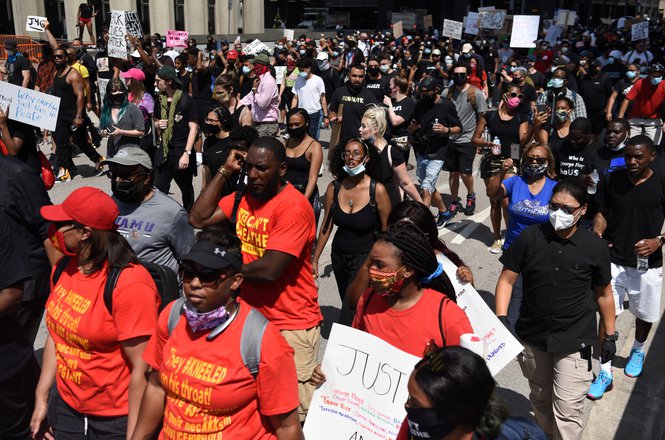