Photojournalist Jason Ryan said he was hit in the head with what he believes was a rubber bullet while covering a protest in Santa Monica, California, on May 31, 2020.

The protest was part of a wave of demonstrations against police violence across the country sparked by the release of a video showing a white Minneapolis police officer kneeling on the neck of George Floyd, a Black man, during an arrest. Floyd was later pronounced dead in a hospital. The officer has been charged with second-degree murder. Three other officers who were present face felony charges.

Ryan told the U.S. Press Freedom Tracker that he was photographing protesters at the intersection of Colorado Avenue and Ocean Avenue. He began behind the police line, then moved to the side of the protesters to get a better shot. He said the police were using teargas, pepper balls, rubber bullets and flash bangs against the crowd. He didn’t hear them make any announcements before firing.

“They just started right into it,” said Ryan, who was covering the protests independently. Ryan was carrying several cameras and said he was wearing a yellow vest that said “Press” on it, with a badge also identifying him as a journalist pinned to one shoulder. He said he believes he was targeted for being a journalist, given how prominent his identifiers were.

The last photograph Ryan took before he was hit shows a line of officers almost entirely obscured by teargas. The timestamp on the photograph is 3:15 pm. Ryan told the Tracker that the rubber bullet narrowly missed his temple. “It was above my right ear, a couple of inches or an inch from my temple. Just above my right ear, there’s still a small knot,” he said.

Ryan added that the impact reactivated a prior issue with nerve pain in his face. One of his cameras, a Fujifilm X-T3, also required cleaning and repair after being damaged by a projectile.

The U.S. Press Freedom Tracker is documenting several hundred incidents of journalists assaulted, arrested, struck by crowd control ammunition or tear gas or had their equipment damaged while covering protests across the country related to the death of George Floyd while in police custody. Find all of these cases here.

Paula Rosado, a reporter for Primer Impacto, a Spanish-language evening news program broadcast by Univision, was hit with a rubber bullet as she covered protests in Santa Monica, California, on May 31, 2020.Demonstrations that day were held in response to a video showing a white police officer kneeling on the neck of George Floyd, a Black man, during an arrest in Minneapolis, Minnesota, on May 25. Floyd was later pronounced dead at a local hospital. Protests against police brutality and … 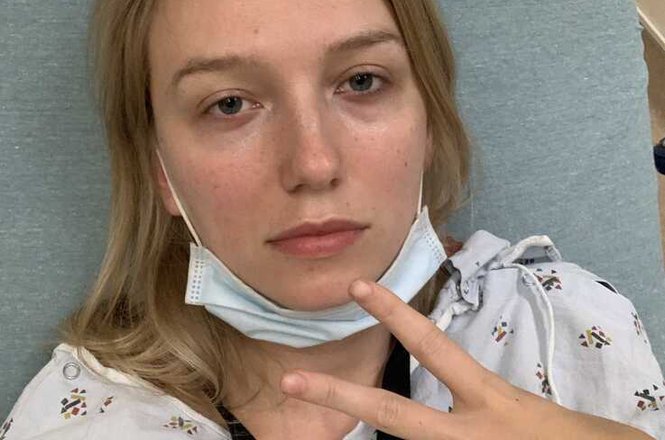