Police struck two freelance journalists in Tucson, Arizona, with projectiles at a protest on May 30, 2020.

Eric Rosenwald, a freelance video journalist, had been filming and photographing the protests in downtown Tucson that evening when he was caught in the crossfire with pepper balls just before midnight.

Rosenwald had been photographing a group of 10 to 20 individuals who had begun violently engaging with police, Rosenwald recounted to the U.S. Press Freedom Tracker in an interview. They had erected a makeshift structure in the middle of the road that they were sheltering behind as they threw rocks and water bottles toward a line of officers some 100 yards away. Nearby, someone had set a dumpster on fire.

Rosenwald said he was moving around, photographing other individuals who were throwing rocks from behind a building, when police began to advance toward the makeshift structure. When they advanced, Rosenwald found himself standing very close to the protesters.

“My backpack got hit as I was moving away,” he said.

He was identifiable as a journalist, carrying his cameras as well as a backpack adorned with “PRESS” patches, but does not feel as though he was targeted. “I was so close to the people who were constructing these barrier structures to throw rocks from, that I had no sense I was being targeted.”

Rosenwald did not suffer any injuries from the pepper balls, nor was his equipment damaged.

Brian Norberto, a freelance photographer who was livestreaming the protests on Facebook, was struck several times by projectiles fired by police that evening.

“When I got hit directly, I was continuing what I did before, getting between the crowd and the police,” Norberto told the Arizona Daily Star. “It’s hard to say that police were directly targeting the media, but at the same time that night I could feel a difference from the night before.”

More details about this incident were not available as of press time, as Norberto had not responded to multiple interview requests.

A request for comment on these incidents sent to the Tucson Police Department was not immediately returned.

San Diego Union-Tribune reporter Andrew Dyer was shot with pepper balls while he was documenting protests in La Mesa, California, on May 31, 2020.Protests that began in Minnesota on May 26 have spread across the country, sparked by a video showing a police officer kneeling on the neck of George Floyd, a black man, during an arrest the day before. Floyd was later pronounced dead at a hospital.Dyer told the U.S. Press Freedom Tracker that he was covering a protest …

Individuals assaulted a freelance video journalist at a protest that devolved into violence in downtown Tucson, Arizona, on the evening of May 29, 2020.The protests were held in response to a video showing a white police officer kneeling on the neck of George Floyd, a Black man, during an arrest in Minneapolis, Minnesota, on May 25. Floyd was pronounced dead at a local hospital. Protests against police brutality and in support of the Black Lives Matter movement have been held … 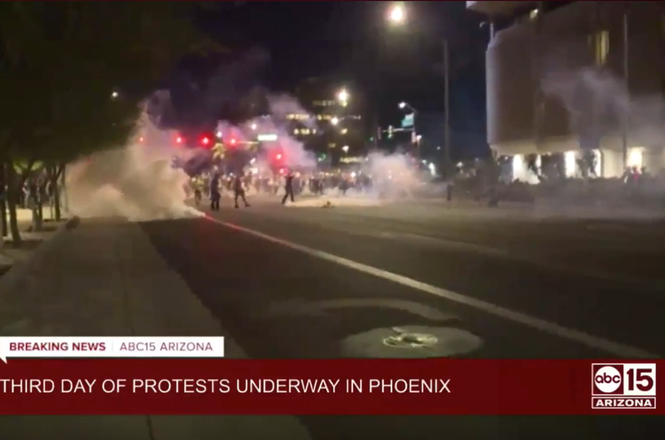 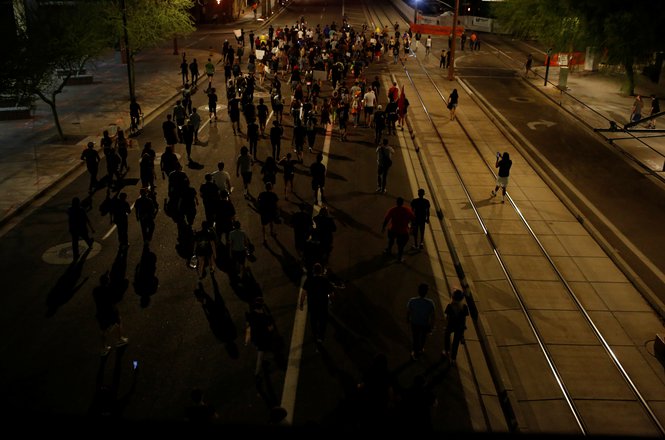