A journalist was chased by unknown individuals while covering unrest in Chicago on Aug. 10, 2020.

Protests against police brutality and in support of the Black Lives Movement have been held across the country after a viral video showed a white police officer kneeling on the neck of George Floyd, a Black man, during an arrest in Minneapolis, on May 25. Floyd was pronounced dead at a local hospital.

Mark Guarino, the Chicago correspondent for The Washington Post, went downtown in the early hours of Aug. 10 to report on widespread looting and destruction of property, he told the U.S. Press Freedom Tracker. “All of this looting has definitely turned a lot uglier,” Guarino said.

The journalist differentiated the atmosphere on the night of the incident from the previous months of civil unrest. “It was definitely not really about any protests for equity or anything like that,” Guarino said. “It was really criminals.”

At around 2:30 a.m., Guarino observed about a dozen unidentified individuals vandalizing and breaking into a convenience store at Rush and Illinois streets, he told the Tracker. The journalist was the only member of the press on the scene, he said.

A few of the looters saw Guarino taking photographs on his phone from across the street and told him to stop taking pictures, he said. Guarino, who was wearing press badges around his neck, said he told them he was a journalist and not a police officer. Four men left the group to approach him, at which point Guarino turned and started walking away. When he saw that the men were continuing to follow him, he started running and the four men began chasing after him, Guarino told the Tracker.

After running for more than a block Guarino reached an area where police officers were guarding buildings from damage. The men stopped pursuing him and left, the journalist said.

“They were going to beat me up, no doubt about it,” Guarino said. “It was pretty scary.”

“Since June I’ve been covering the protests as well as other looting incidents, and I never thought about my safety,” he said. “This was the first time I felt things were pretty dangerous,” Guarino said. “This week was definitely different.” 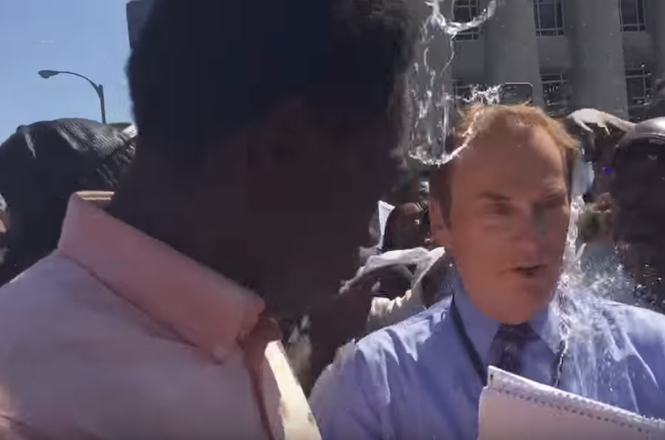 While covering a protest in St. Louis on Sept. 15, 2017, KTVI reporter Dan Gray was hit with water bottles … 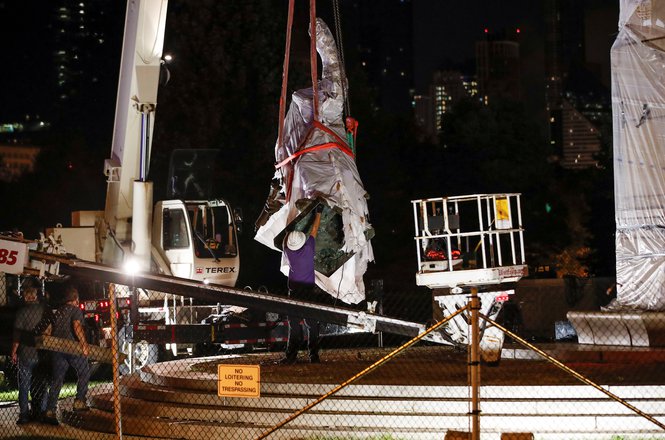 Colin Boyle, a photojournalist for Block Club Chicago said he was assaulted by police while covering demonstrations in Grant Park …
More related incidents