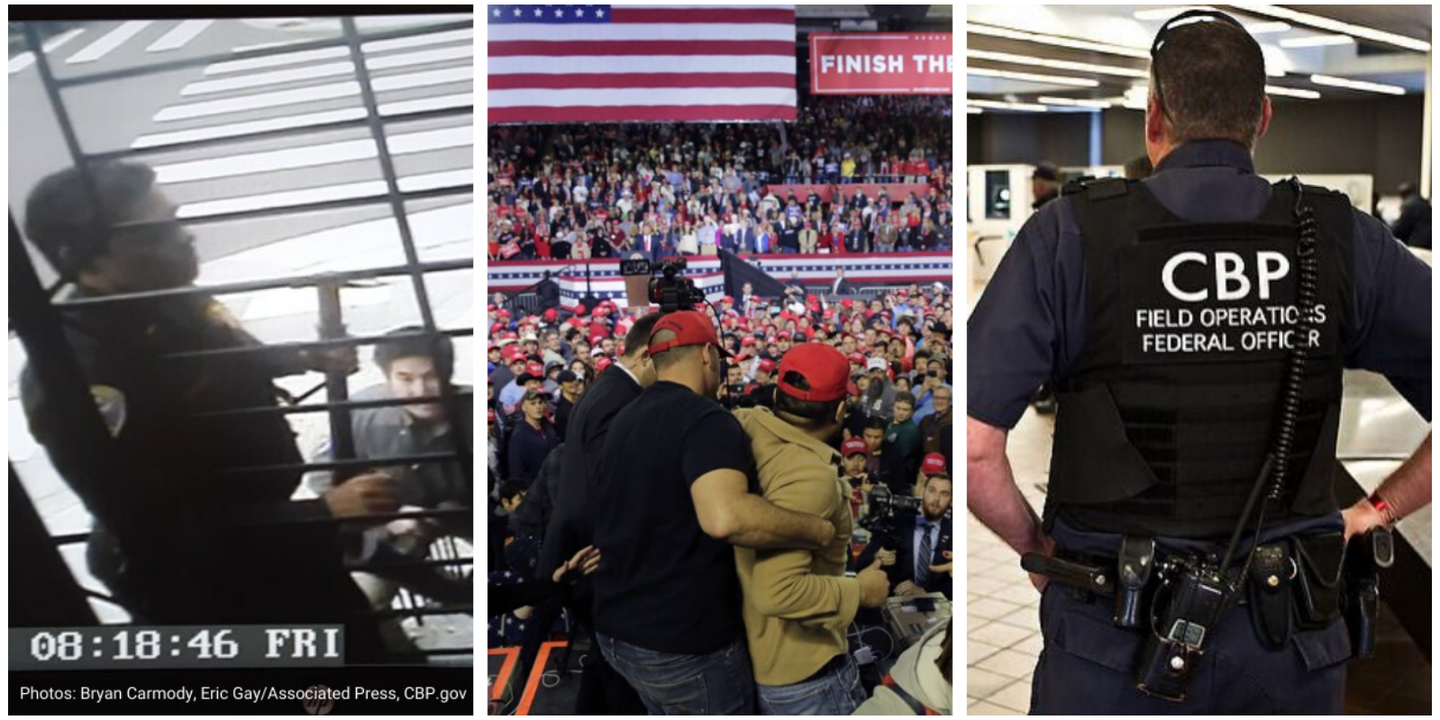 Reporters Committee for Freedom of the Press

The third annual report highlights many threats against journalists, including physical attacks, subpoenas and searches and seizures.

As President Donald Trump’s attacks on the news media increased in 2019, journalists and news organizations in the United States faced a wide range of threats from public officials and agencies, including physical attacks, subpoenas, and unlawful searches and seizures, according to the Reporters Committee’s third annual report analyzing data from the U.S. Press Freedom Tracker.

More than two dozen press freedom organizations, including the Reporters Committee, launched the U.S. Press Freedom Tracker in 2017 to document threats against press freedom nationwide. The Reporters Committee surveys the Tracker data each year to assess what it means for our pro bono work as the only national legal services organization focused on protecting the newsgathering rights of journalists.

The full version of the latest report can be found at this link, but here are five key takeaways:

1. Protests were once again the most dangerous place for journalists, but reporters were also physically attacked at President Trump’s rallies, among other places.

Journalists were the targets of 34 physical attacks in 2019. That includes at least three women who were attacked in a sexual way while filming live shots.

As in previous years, the report found, protests were especially dangerous locations for journalists, though Trump’s rallies, which he often uses to disparage the press, were also the site of two physical attacks against reporters.

2. Arrests of journalists went down in 2019, but subpoenas reported to the Tracker went up.

Troublingly, several journalists and news outlets reported that they believed they were subpoenaed as a form of retaliation or harassment for critical reporting or for filing court access or public records lawsuits.

In 2019, Customs and Border Protection officials detained journalists at border stops, searched their belongings and electronic devices, and questioned them about their work. About 75 percent of the border stops reported to the Press Freedom Tracker occurred as journalists traveled to or from Mexico.

One journalist was asked if he was “part of the ‘fake news media,’” while others were questioned about their political views and told to “fall in line” with the president.

4. A San Francisco police raid of a journalist’s home and office stood out as the most concerning search and seizure.

While most searches and seizures happened at the border, according to the report, the most high-profile incident in 2019 occurred when San Francisco police searched freelance journalist Bryan Carmody’s home and office as part of an effort to uncover the confidential source of a leaked police report concerning the death of a public defender.

San Francisco judges ultimately quashed all of the search warrants, deeming them illegal under California’s “shield law.” The Reporters Committee joined a friend-of-the-court letter in support of Carmody, successfully sued to unseal records about the arrest and searches, and filed a public records lawsuit against the Justice Department and FBI seeking information about why federal officers were present during the raid and tried to question Carmody about his source.

And in a highly controversial move, a federal grand jury issued indictments against Julian Assange. The charges include three counts that, for the first time in U.S. history, present the legal theory that the mere act of publishing government secrets is akin to spying. The Reporters Committee has published several special analyses about the Assange charges and continues to monitor the latest developments in the case.

About Reporters Committee for Freedom of the Press

For more than 45 years, the Reporters Committee for Freedom of the Press and its staff attorneys have provided free legal resources, support, and advocacy to protect the First Amendment and freedom of information rights of journalists working in areas where U.S. law applies, regardless of the medium in which their work appears.