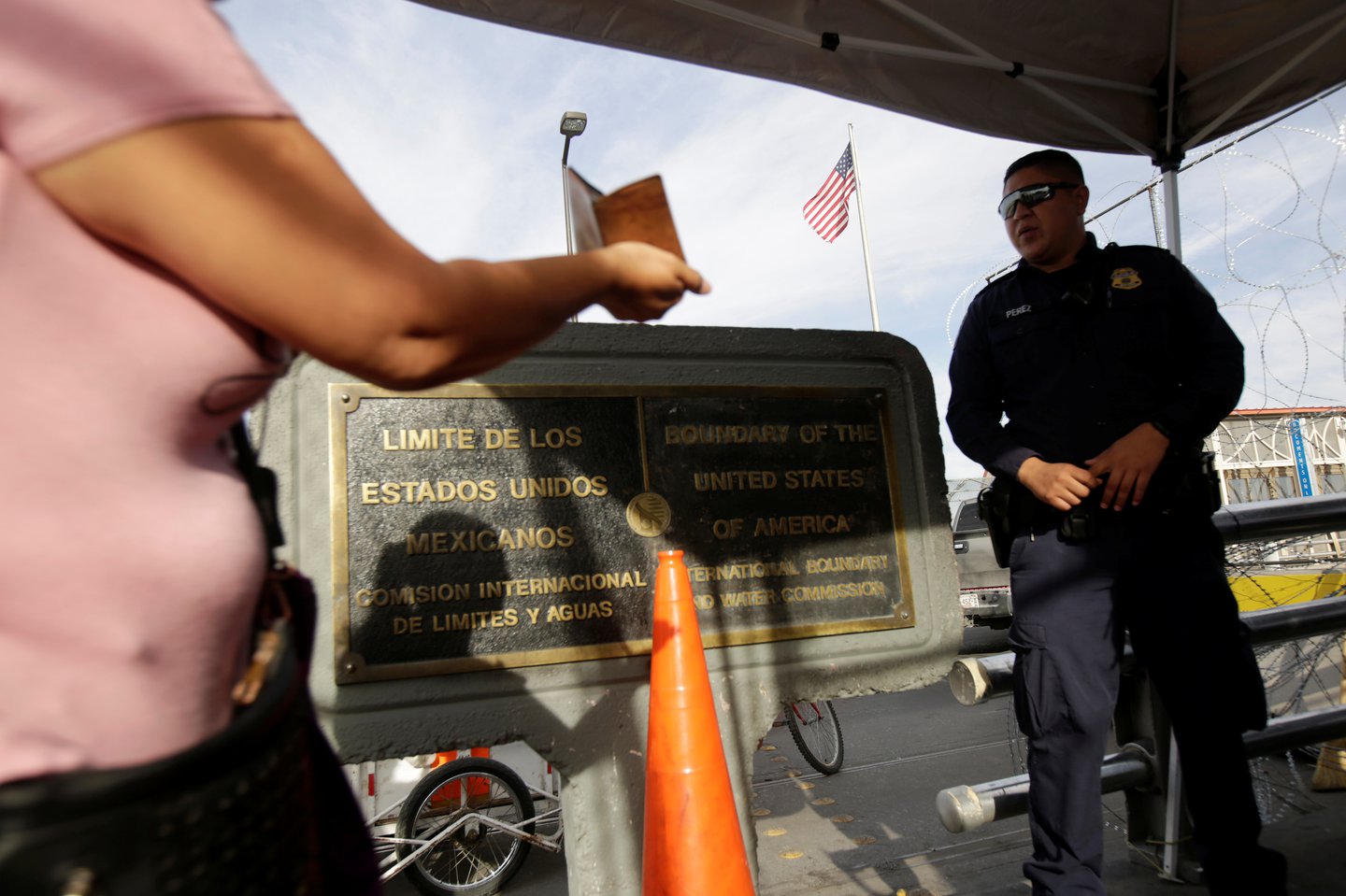 A woman shows her passport and visa to a U.S. Customs and Border protection agent while crossing into the U.S. from Mexico.

Tracking journalist stoppages at the US border

Earlier this month, Ben Watson, a news editor for Defense One, an Atlantic Media site, found himself the subject of an uncomfortable interview. He was held up at passport control in Dulles International Airport by a Customs and Border Protection officer, who repeatedly asked him, “You write propaganda, right?” Watson was allowed to pass only after he agreed. (He has since filed a civil rights complaint with the Department of Homeland Security.) It was a notable display of hostility by a government agent toward an American journalist—and an act that is becoming increasingly common.

The US Press Freedom Tracker, a nonpartisan research tool that collects data on the obstruction of journalists’ rights, has tallied such incidents since its launch in 2017. It has reported hundreds of cases of journalists targeted with arrests, subpoenas, and physical assaults. Dozens of cases, like Watson’s, involve journalists at the border who are aggressively questioned, harassed, or pulled aside for secondary screening while they go through what should be the mundane process of customs and passport control. Sometimes, journalists’ devices—phones, computers, cameras—are searched during these screenings.

More significant than the numbers—which are most certainly underreported—are the patterns of harassment we’ve observed. Each year since collection began in 2017, the Tracker has documented an increasing number of border stops of journalists: seven cases in 2017; 10 in 2018; and 15 so far this year. Half of all the journalists who’ve reported being screened were writing about the migrant caravan.

Manuel Rapalo, a Mexico correspondent for Al-Jazeera who covered the migrant caravan, was stopped three times while traveling between the US and Mexico earlier this year. Rapalo’s camera was searched during one of those stops, and he believes his passport was flagged.

Kitra Cahana, a photojournalist, was stopped by US authorities for secondary screening on her way to Mexico City in January, told there was a flag on her passport, and ultimately denied entry into Mexico. She then discovered her name was on a Department of Homeland Security watchlist. Leaked documents obtained by NBC in March show that DHS was keeping a database of more than 50 journalists and activists who were involved in some way with the migrant caravan. In addition to Cahana, several other journalists whose border screenings had been documented in the Tracker were on the watchlist, including photojournalists Go Nakamura and Ariana Drehsler.

Brooke Binkowski, a multimedia reporter, didn’t find her name in the database, but she reported to the Tracker that she was stopped for secondary screening four times while crossing the US-Mexico border. During one stop, a CBP officer told her that there was a flag on her passport. He suggested she file a FOIA request on her name for further information. (Binkowski filed the request in May 2019, but it has not yet been answered.)

In June 2018, Ann Gerhart, an editor for the Washington Post, and Michael Sokolove, a writer for the New York Times Magazine, were asked pointed political questions, including what they thought of President Donald Trump, by a CBP agent at Newark International Airport. The agent told them that the press was too critical of the president and that the media should “fall in line and come together,” Sokolove recalled afterward.

In August, James Dyer, a British journalist, wrote on Twitter about a CBP agent who screened him at Los Angeles International Airport. The agent asked if Dyer was a journalist for CNN and MSNBC, saying that they are attacking democracy and “spreading lies to the American people.”

Each incident taken alone may seem to be random, the work of an outlier CBP agent. It’s just one reporter being hassled about his outlet’s reporting of the Robert Mueller investigation. It’s just one journalist covering the migrant caravan whose camera and notebook are searched. But by collecting these reports in one place, the Tracker shows that the CBP’s anti-press rhetoric has become a systemic form of harassment for journalists at the border. Seth Harp, a writer for Rolling Stone who was detained for four hours in Austin in May and had his laptop and phone searched, tells the Tracker that the increased harassment is evidence of CBP’s accumulation of power. “CBP has gotten less reigned in and more aggressive, and with few checks on them they can do this to anybody for any reason,” he says.

The effect of such persistent harassment is a subtle restriction on journalists’ freedom of movement. One journalist we spoke to requested to remain anonymous out of fear that their journalist visa would be revoked. A London-based journalist tweeted that he hasn’t returned to the US since he was called “fake news” by CBP last year.

For Binkowski, she decided her fourth border stop in 2018 would be her last. “I stopped crossing not because of myself,” she says, “but because I was worried about potentially getting other people’s names on a list, and that kind of responsibility in this time is just too much.”

CJR’s mission is to be the intellectual leader in the rapidly changing world of journalism. It is the most respected voice on press criticism, and it shapes the ideas that make media leaders and journalists smarter about their work. Through its fast-turn analysis and deep reporting, CJR is an essential venue not just for journalists, but also for the thousands of professionals in communications, technology, academia, and other fields reliant on solid media industry knowledge.