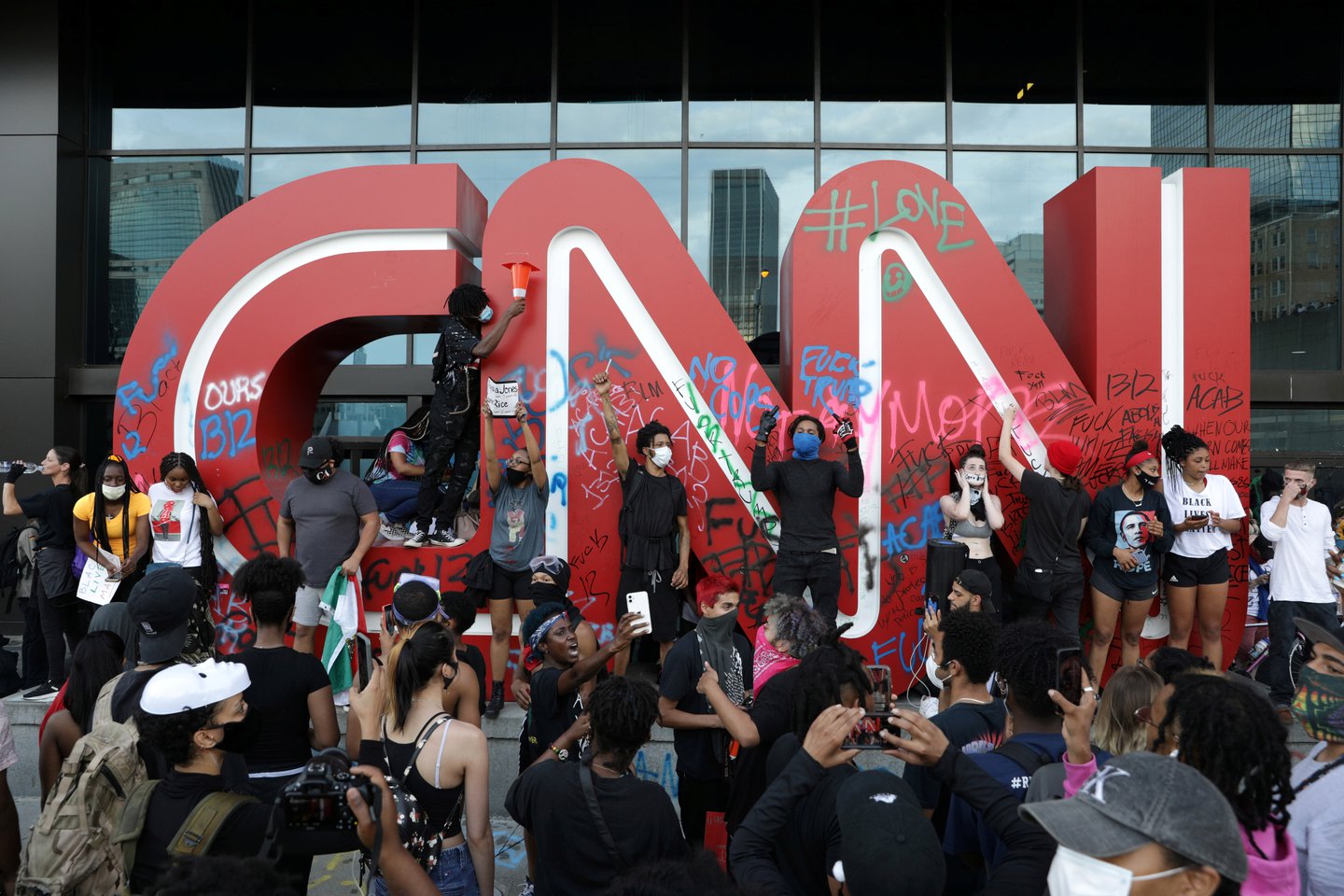 Protesters stand in front of a vandalized CNN logo at the CNN Center in Atlanta, Georgia, on May 29, 2020.

On May 29, 2020, CNN’s headquarters in Atlanta, Georgia, was targeted by individuals who threw objects, broke windows and graffitied the large “CNN” logo out front.

The crowd had gathered in Centennial Park earlier in the day, CNN reported, but by about 7 p.m. individuals were damaging the news organization’s headquarters.

The protests in Atlanta were part of a national response to a video showing a white police officer kneeling on the neck of George Floyd, a Black man, during an arrest in Minneapolis on May 25. Floyd was pronounced dead at a local hospital. Protests against police violence and in support of the Black Lives Matter movement have been held across the U.S. since the end of May.

As the crowd became rowdier on May 29, they set an Atlanta Police Department vehicle on fire and a SWAT team was called in, CNN reported. As police faced off with protesters, someone threw either a firework or a flash-bang grenade over a line of officers. It detonated in front of CNN correspondent Nick Valencia and his crew as they reported from the scene.

Despite that dramatic incident, no CNN employees were harmed, according to a CNN spokesperson.

“The protests were not directed at CNN and they were not protesting us/CNN, but our office in downtown Atlanta is a landmark location,” Bridget Leininger, CNN senior director of communications said.

A CNN report did note that some protesters were “chanting anti-media rhetoric.” In one social media video someone can be clearly heard yelling, “Fuck CNN!” 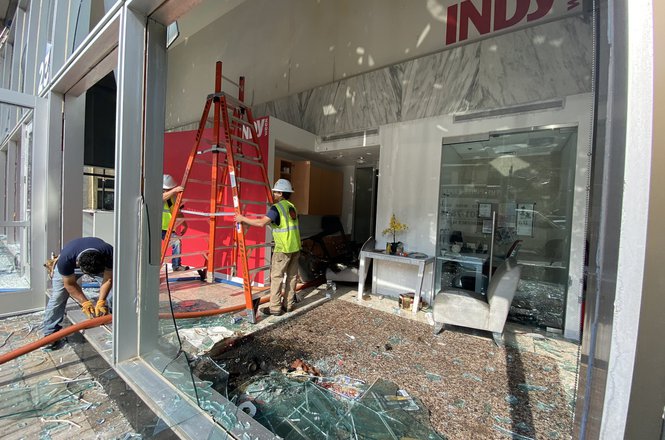 Three Raleigh newsrooms damaged during protests on May 30

The offices of INDY Week, The News & Observer, and ABC11 in downtown Raleigh, North Carolina, were damaged during protests … 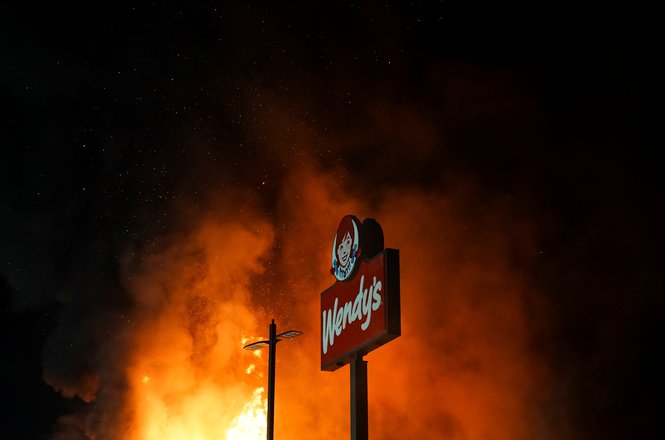 A CNN news crew was harassed and its camera damaged while filming unrest in Atlanta, Georgia, on June 13, 2020.Correspondent …

A WSB-TV news vehicle was vandalized on May 29, 2020, during protests in Atlanta, Georgia.Protests that began in Minnesota on May 26 have spread across the country, sparked by a video showing a police officer kneeling on the neck of George Floyd, a black man, during an arrest on May 25. Floyd was later pronounced dead at a hospital.WSB reporter Matt Johnson tweeted around midnight on May 29 that someone had just thrown a rock through the back window of …