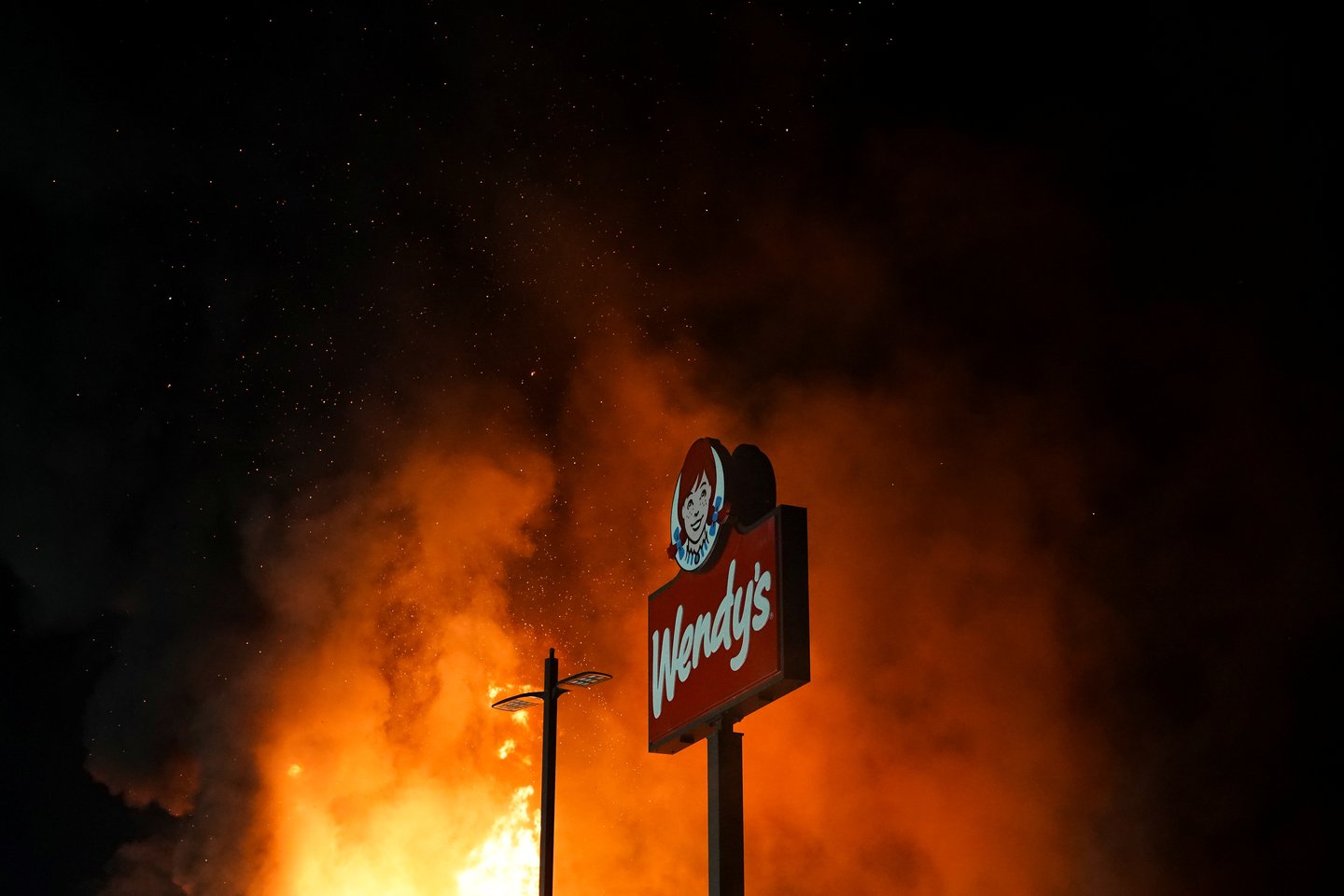 A Wendy’s fast food restaurant burns in Atlanta on June 13, 2020, following a rally against racial inequality and the police shooting death of Rayshard Brooks.

A CNN news crew was harassed and its camera damaged while filming unrest in Atlanta, Georgia, on June 13, 2020.

Correspondent Natasha Chen and her crew were filming that evening outside a Wendy’s in South Atlanta, the site where 27-year-old Rayshard Brooks had been fatally shot by Atlanta police the night before and the impetus for reignited protests in the city against police violence and in support of the Black Lives Matter movement.

When Chen, a producer, two photojournalists and a security guard arrived at the Wendy’s, she told CNN anchor Wolf Blitzer in an on-air segment later that night, several people were throwing objects at the restaurant’s windows, while another attempted to set fire to an umbrella on the restaurant’s patio area. With the windows smashed, Chen reported, some people were also entering the restaurant.

“We were trying to get video of what was happening and there were protesters very angry that we were recording this and tried to block our cameras,” she told Blitzer.

When contacted for comment, CNN referred the U.S. Press Freedom Tracker to Chen’s on-air statements made in the incident’s aftermath.

In a video Chen posted on Twitter of the scene, people can be heard shouting, “Block the camera,” while one waves their hand in front of the lens to try to obstruct filming. In her tweet, Chen wrote that the people trying to block the photojournalists ended up “taking a skateboard to that camera.”

More from the moments right after that, when people had broken in. pic.twitter.com/H3N5yLz5MT

Speaking to Blitzer, Chen described the camera as “broken” following the assault. Footage broadcast by CNN during Chen’s call with Blitzer showed hands holding a skateboard trying to block a camera before the camera began to shake wildly.

“I was trying to record cellphone video while the photojournalist was recording video on his camera. The next thing I know, I’m turning around, I see these two protesters really going after the camera and that’s when I was told that we should get out of there,” she said.

Following the incident, Chen and her crew left the Wendy’s. That night, the restaurant was set on fire. In July, it was torn down.

A WSB-TV news vehicle was vandalized on May 29, 2020, during protests in Atlanta, Georgia.Protests that began in Minnesota on May 26 have spread across the country, sparked by a video showing a police officer kneeling on the neck of George Floyd, a black man, during an arrest on May 25. Floyd was later pronounced dead at a hospital.WSB reporter Matt Johnson tweeted around midnight on May 29 that someone had just thrown a rock through the back window of … 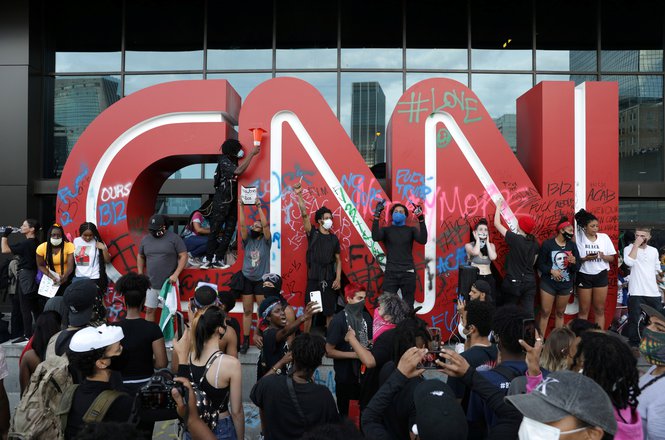