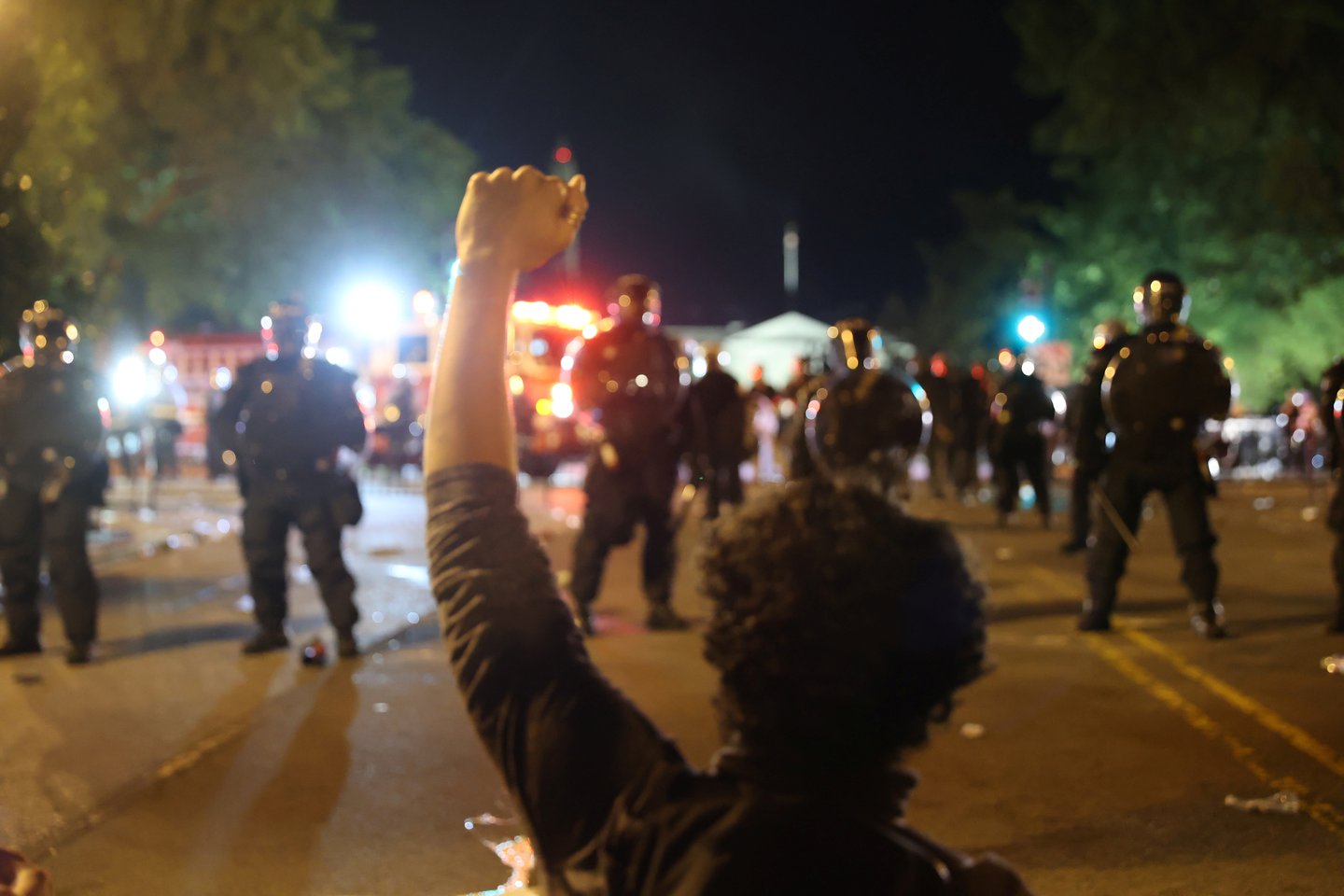 A protester stands in front of law enforcement during a May 31, 2020, demonstration in Washington, D.C.

Multiple journalists said they were assaulted by law enforcement during a chaos-filled night of protests in Washington, D.C., on May 31, 2020, the third evening of widespread demonstrations in the nation’s capital after the death of George Floyd.

The protests were held in response to a video showing a white police officer kneeling on the neck of Floyd, a Black man, during an arrest in Minneapolis, Minnesota, on May 25. Floyd was pronounced dead at a local hospital. Protests against police brutality and in support of the Black Lives Matter movement have been held across the United States since the end of May.

Josh Replogle, a journalist with CNN, tweeted early the following morning that at one point the night before he’d been pinned by officers and struck with a baton by another. He tweeted: “I was supporting a CNN cam had my creds on police knew I was media,” adding “I’m hurt but ok.”

video of police hurting me in DC. I was supporting a CNN cam had my creds on police knew I was media. I was on the side out of the way trying to let cops pass me. police pinned me, an officer hits my knee with a baton while another officer had me pinned. I’m hurt but ok. @mkraju pic.twitter.com/1alqVa3LK8

CNN did not respond to a request for comment on this incident as of press time.

D.C. is notable for the large number of different police forces that operate within its borders. Requests for comment from the Metropolitan Police Department and the U.S. Park Police were not returned.

Matthew Rodier, a freelance photojournalist who was covering protests in Washington, D.C., had his National Press Photographers Association credentials stolen on May 30, 2020 by an individual who said that his photos were “getting people killed.”The protests were held in response to a video showing a white police officer kneeling on the neck of George Floyd, a Black man, during an arrest in Minneapolis, Minnesota, on May 25. Floyd was later pronounced dead at a local hospital. Protests against police …

Journalist sprayed in face with chemical irritant during DC protest

A police officer sprayed a chemical irritant in Wyatt Reed’s face as the independent journalist covered a protest in Washington, D.C., on Oct. 28, 2020, the journalist told the U.S. Press Freedom Tracker.Reed is a Washington-based journalist who produces the show By Any Means Necessary for Russian state-owned Radio Sputnik. He was covering the second night of protests over the death of Karon Hylton, a 20-year-old Black man who crashed an electric scooter while being pursued by police on Oct. …
More related incidents