Matthew Rodier, a freelance photojournalist who was covering protests in Washington, D.C., had his National Press Photographers Association credentials stolen on May 30, 2020 by an individual who said that his photos were “getting people killed.”

The protests were held in response to a video showing a white police officer kneeling on the neck of George Floyd, a Black man, during an arrest in Minneapolis, Minnesota, on May 25. Floyd was later pronounced dead at a local hospital. Protests against police brutality and in support of the Black Lives Matter movement have been held across the United States since the end of May.

Rodier, who frequently contributes to the Sipa USA agency, told the U.S. Press Freedom Tracker that he’d been covering events near the White House on the evening of May 30, when he was approached by a woman who asked him to stop taking photos.

“She said, ‘Your pictures are getting people killed,’” Rodier recounted. “I asked how and she responded, ‘Look what happened in Ferguson,’” seemingly a reference to speculation that a number of individuals connected to 2014 protests in Ferguson, Missouri, had died suspiciously.

During current protests, calls for photojournalists to blur the faces of people they photograph at demonstrations, or to not publish images that show identifying features, has inspired a debate among journalists.

Rodier said he told the woman “that it’s both my First Amendment right and my job to take the pictures.” He said that she responded violently: “She ripped the press pass from the lanyard around my neck and threw it into the crowd.”

Rodier, who continued to document that evening without his NPPA lanyard, was also the subject of multiple assaults while covering protests the following day in D.C. The Tracker captured those incidents here and here. Several hundred incidents of journalists assaulted, arrested, struck by crowd-control ammunition or tear gas, or had their equipment damaged while covering protests across the country are documented by the Tracker here. 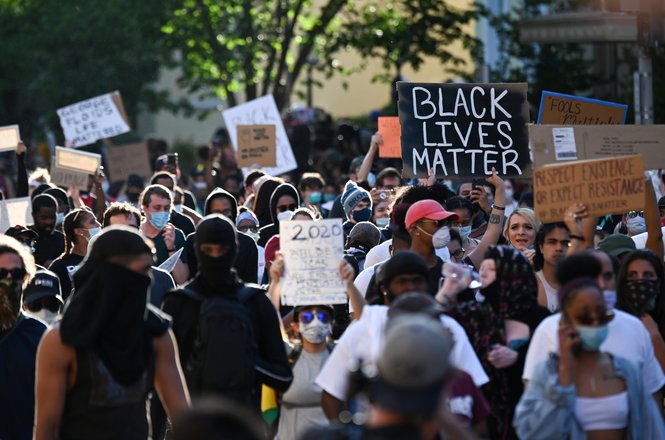 An unidentified assailant hit freelance photojournalist Matthew Rodier in the face, breaking his jaw, while the contributor to the Sipa … 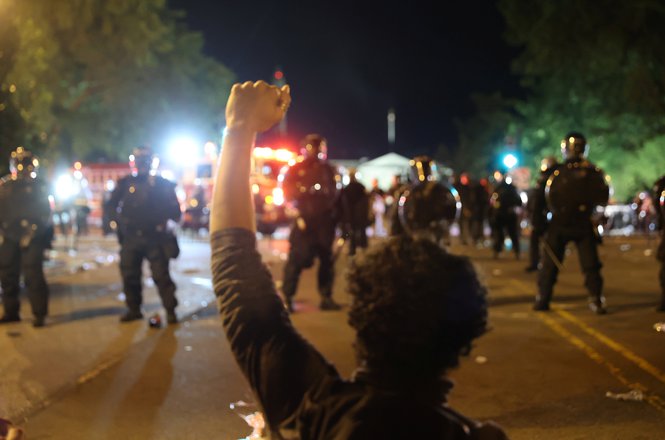 Multiple journalists said they were assaulted by law enforcement during a chaos-filled night of protests in Washington, D.C., on May …

Police action damages camera of journalist as he covers protests in Washington, D.C.

Actions by Metropolitan Police Department officers led to damage of a camera used by freelancer Andrew Jasiura while he was covering protests in Washington D.C., according to the journalist.On the night of Aug. 27, 2020, Jasiura, who has been documenting the protests against police brutality and in support of the Black Lives Matter movement for several months, was covering demonstrations in downtown Washington D.C. Protesters were gathered in the pedestrian area outside of the White House that was renamed “Black … 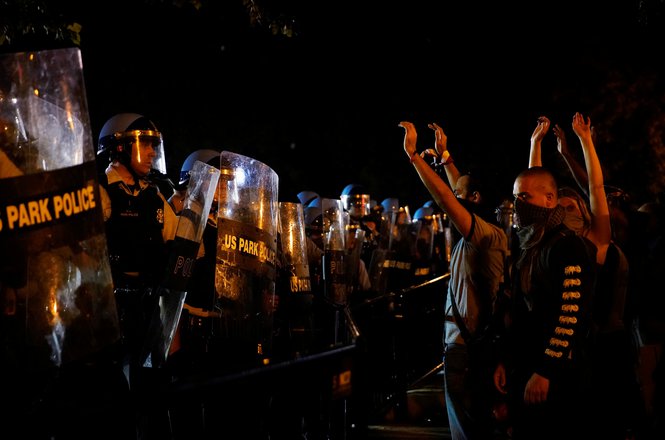 Journalist Jenn Dize said law enforcement officers shot her with a projectile and pushed her to the ground twice, causing …
More related incidents