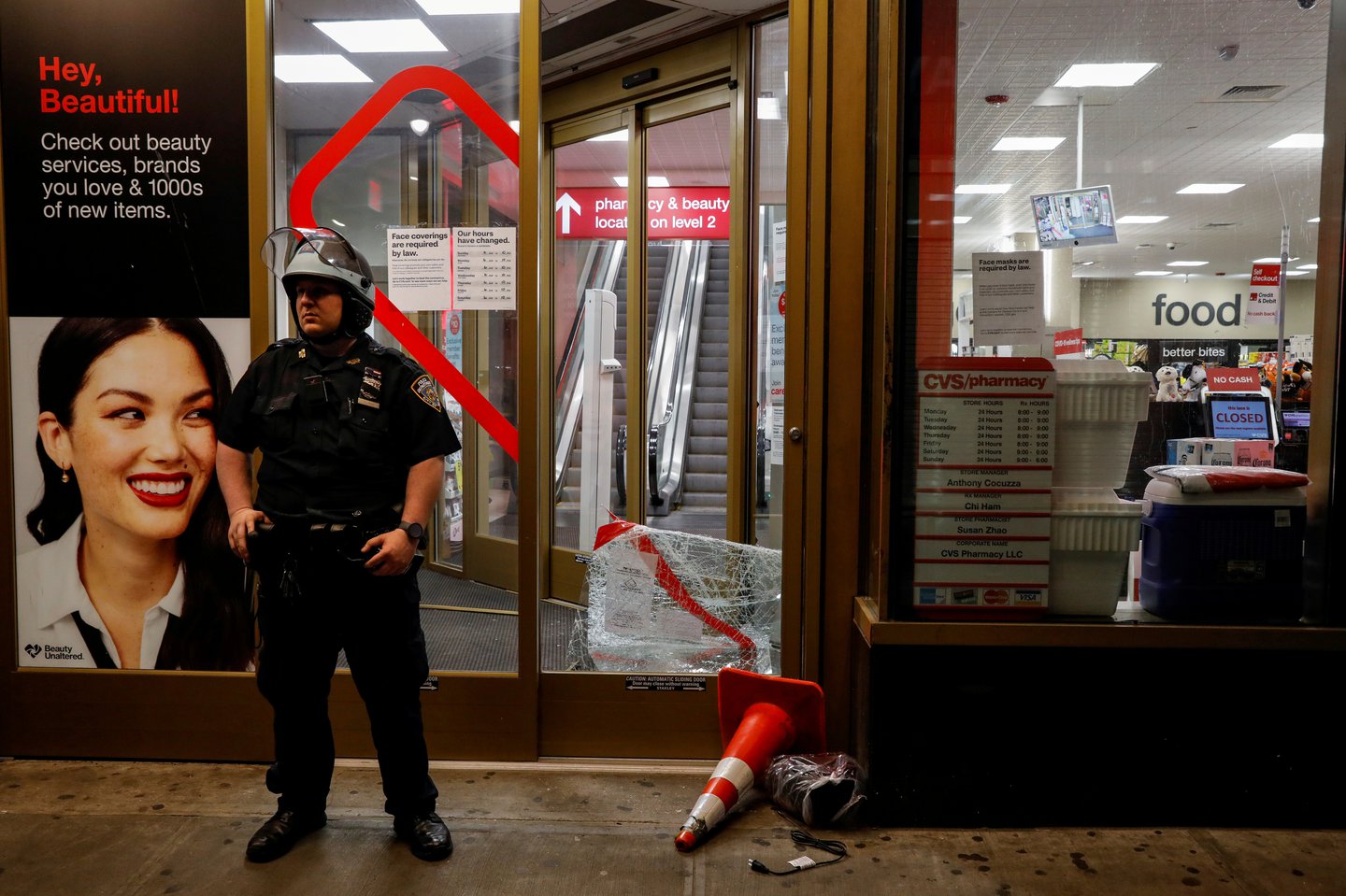 A New York City police officer stands in front of a vandalized store following protests in the Manhattan borough of New York on June 1, 2020.

Freelance photographer Stephen Yang was assaulted by an unknown individual and had his camera stolen while covering protests in New York City on June 1, 2020, for the New York Post.

The protests were held in response to a video showing a Minneapolis, Minnesota, police officer kneeling on the neck of George Floyd, a Black man, for more than eight minutes during a May 25 arrest. Floyd was later pronounced dead at a local hospital. The incident sparked anti-police brutality and Black Lives Matter demonstrations across the country.

Yang told the U.S. Press Freedom Tracker that while covering June 1 protests in Manhattan he was taking photos of individuals looting stores near the intersection of Sixth Avenue and 39th Street.

He said that an unknown individual approached him from behind and began to yank on his camera strap. Yang said that the individual then punched him in the face and was able to get the camera free from his shoulder.

Yang said the blow left him with a bloody nose but that he did not seek medical attention. He also said he did not get a clear look at the individual who threw the punch and that he didn’t believe he was targeted for being a journalist.

Yang said that police officers at the scene did not directly witness the assault but that one officer approached him after it was over and encouraged him to report it.

He later reported the assault and the camera theft to the New York City Police Department. He said the stolen camera was valued at $2,500 and that his equipment is covered by insurance.

Fortunately, Yang was carrying a backup camera on the night of the assault and was able to keep covering protests for several more hours, he said.

Yang said he did not encounter any further violence while covering demonstrations in New York City, but that he took time off work after the June 1 assault to recuperate.

“I had to take a couple of days off after, I think, just for my mental health,” Yang said. “Overall I felt extremely lucky that this was the only incident I’ve experienced.”

The NYPD did not immediately respond to a request for comment. 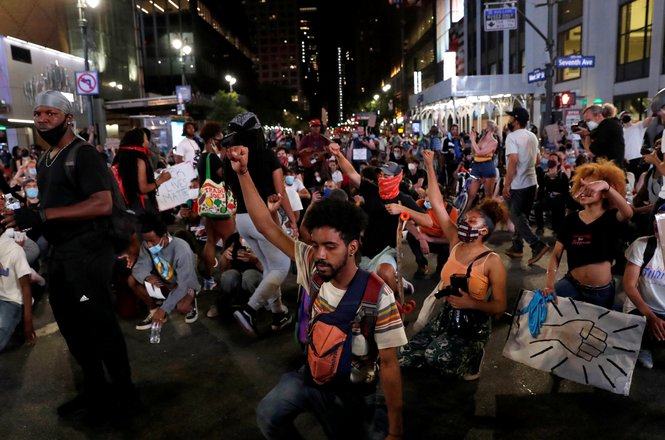 Rosalind Adams, an investigative reporter for BuzzFeed News, said she was grabbed and shoved by law enforcement officers while covering … 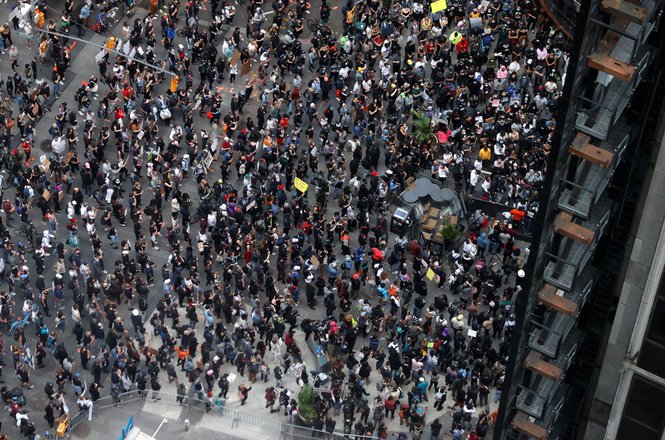 Hasanuzzaman Saki, a journalist for the Bengali-language news organization Somoy TV, was attacked by individuals in New York City on … 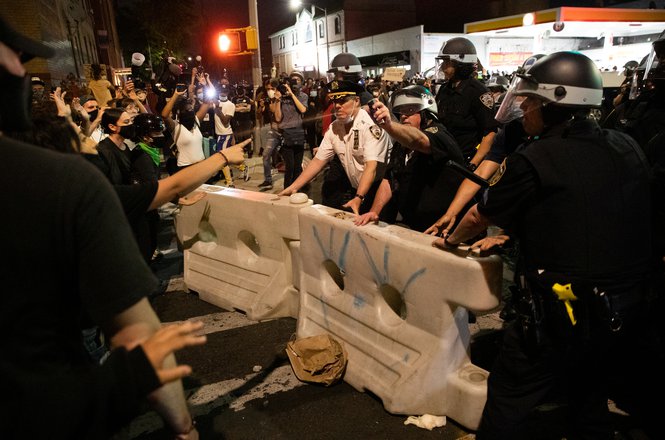 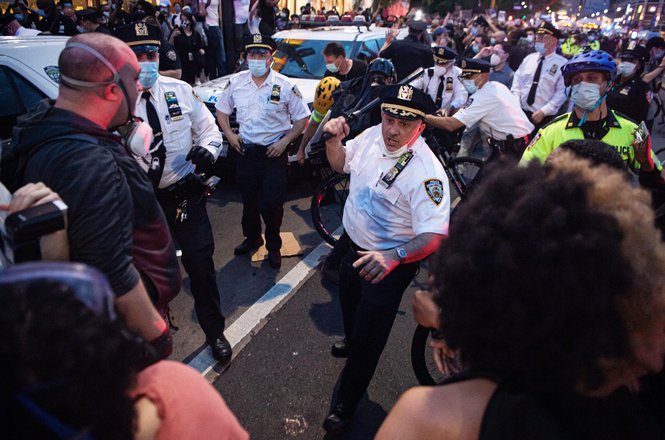 Joel Marklund, a photojournalist with the Scandanavian photo agency Bildbyrån, was hit by pepper spray and involved in an altercation …
More related incidents