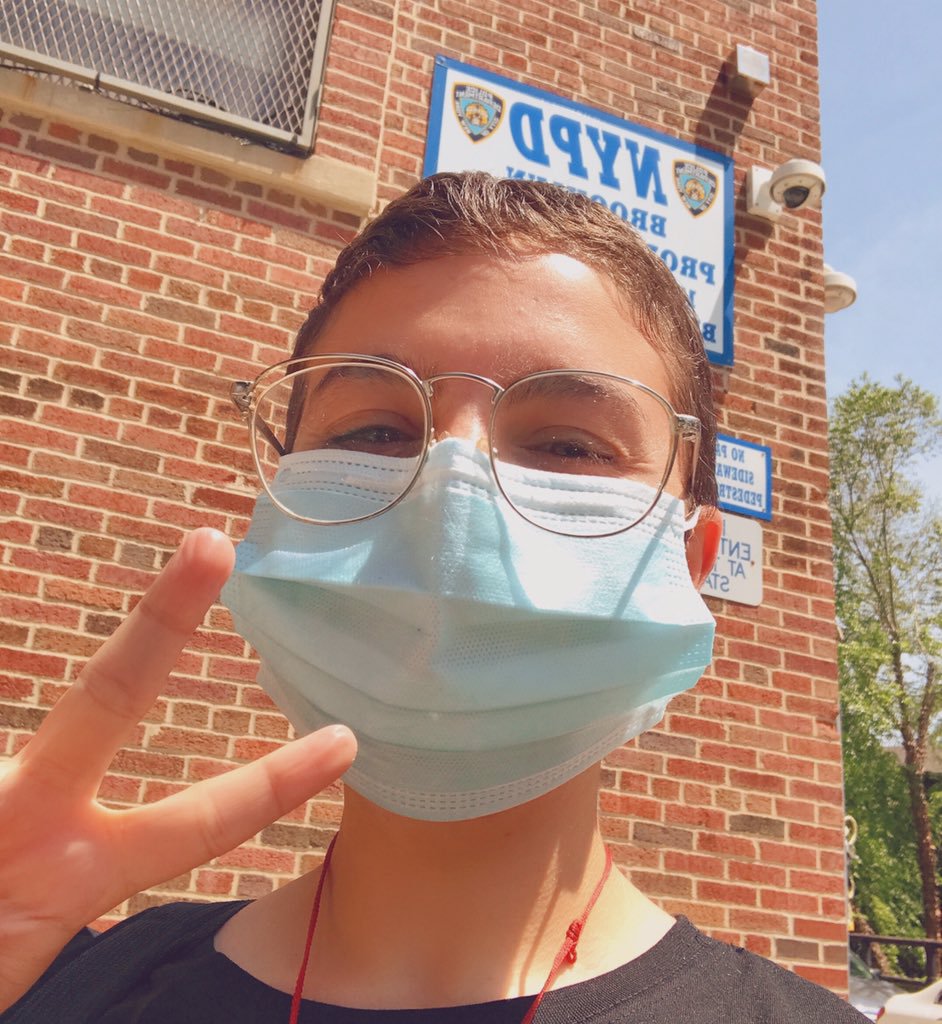 Anna Slatz, a reporter for the Canadian news website Rebel News, was arrested while reporting protests in New York, New York, on June 2, 2020.

Slatz told the U.S. Press Freedom Tracker that she’d traveled to the U.S. to cover the protests that had spread throughout the nation after the death of George Floyd in Minneapolis police custody on May 25. Rebel News featured her coverage on a special page, stopantifa.com.

Slatz first reported from protests outside the White House in Washington, D.C. She said in a June 2 report that she was nearly arrested by a charging police officer, but he passed her by after she yelled out that she was a journalist.

On June 2, she was following a couple thousand protesters march through Manhattan when she stopped to film a chaotic scene at a Zara clothing store around 9 p.m., she told the Tracker. The glass entrance was shattered. Some were stealing. Others were throwing clothes in the air. One protester body-slammed someone emerging from the store with stolen goods. And then the police swept in making mass arrests.

In video of her arrest published by Rebel News after her release, Slatz was soon confronted by several officers screaming for people to go home. The video shows Slatz amid a group of people, including green-hatted National Lawyers Guild legal observers, being forcefully ushered off the block.

An officer pushed Slatz hard against her chest with his baton, she told the Tracker. An officer then grabbed her by the throat and shoved her into the street, she said. The video is unclear, but a hand of an officer can be seen reaching out toward Slatz. She shrieks as the footage shakes violently, then stumbles into the crosswalk.

An officer approaches and waves at her to keep moving, the video shows. She crosses to the other side of the street, where another officer orders two officers to arrest her. They don’t immediately react to the order, so the officer repeats it more aggressively.

The officers brought her to the ground, breaking her glasses, she reported after her release.

In the face of the unrest, New York had imposed an 8 p.m. curfew, which excluded essential workers, including news media. Slatz told the Tracker she repeatedly identified herself as a journalist. But as a new reporter for Rebel News, she had yet to receive a hard press credential from the outlet, though she had a printed copy of it, she said.

Slatz was taken to Brooklyn Central Booking for processing, she told the Tracker. She was placed in a small cell with some 20 other women, packed “back to chest like sardines” without masks. She was told she would be given a summons and released.

Instead, she was transferred to Manhattan Central Booking around 3 a.m. She would remain there without soap, running water, or a bed until her release on June 4, she said. Other women in her cell had been held even longer.

Slatz managed to call her employer on the first night of her arrest, who hired several lawyers, including Michael Weinstock, a New Yorker currently running for Congress.

Weinstock filed papers declaring himself Slatz’s lawyer, but due to a likely clerical error, the court appointed a public defender to represent Slatz during her arraignment on June 4, Weinstock and Slatz told the Tracker. The precautions necessary for the coronavirus and the sheer number of recent arrests severely strained the system, Weinstock said.

Slatz said she was released on a charge of obstructing traffic. Her next court date was scheduled for Sept. 3, she said.

The NYPD and Mayor de Blasio’s office did not respond to requests for comment. The Manhattan district attorney announced in a press release on June 5 that his office would not prosecute unlawful assembly or disorderly conduct arrests. But Slatz told the Tracker on June 10 that her charges had not been officially dropped.

This article was amended to remove a misstatement about the duration of the penalty carried by an obstruction of traffic charge and to use clearer language about Slatz's scheduled court appearance.

The Manhattan District Attorney's office requested the dismissal of Anna Slatz's case on June 12 and the court dismissed the case, a spokesman for the office told the U.S. Press Freedom Tracker. Slatz and her lawyer, Michael Weinstock, said they learned of the dismissal in July.

The District Attorney's office previously told the Tracker that the case was being dismissed as part of its policy to not prosecute arrests for unlawful assembly and disorderly conduct related to the George Floyd protests.

Slatz told the Tracker that a New York Police Department officer told her she had been arrested for violating curfew despite the curfew's media exemption. But she was later told she was facing a charge for obstructing traffic. Shortly after her release, the New York State Unified Court System website listed for her case two disorderly conduct charges for obstructing traffic and refusing to disperse, violations that carry a 15-day maximum sentence. Slatz's case information is no longer accessible on the court system's website, consistent with a case being dismissed and sealed. 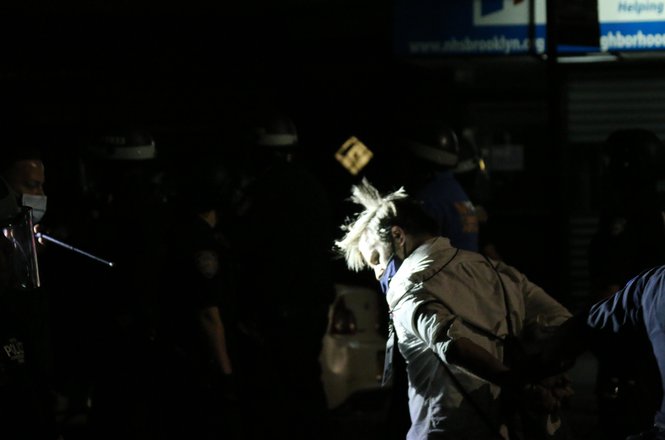 Christopher Mathias, a senior reporter with HuffPost, was arrested by police while covering anti-racism protests in Brooklyn, New York, on …
More related incidents