Russian freelance journalist Yana Mulder was reporting on protests in the New York borough of Brooklyn on June 4, 2020, when she was arrested while trying to intervene in the violent arrest of her husband. Mulder said she told police that she was press and that her husband was assisting the TV production crew.

The protest came one day after New York City Mayor Bill de Blasio imposed an 8 p.m. curfew aimed at controlling escalating unrest in the city. Essential workers — who, in New York, include members of the media — were exempt.

In a phone interview with the U.S. Press Freedom Tracker, Mulder said that she was reporting that night on a post-curfew protest in Brooklyn for the Russian television channel REN.TV. She said she followed the protest through the streets of Brooklyn until it abruptly stopped at the intersection of Wythe Avenue and Penn Street.

Mulder said the protesters halted when they were just 10 or 15 steps away from a line of New York Police Department officers. She said she, along with her cameraman, her photographer, and her husband, stood off to the right side of the protest with another group of journalists. Mulder said her husband was helping the broadcast crew by holding up a light for the camera.

According to Mulder, police officers took out packs of zip-ties, which she reported on camera, noting that they were going to start arresting people. At this point, some at the rear of the group began to disperse, leaving about three layers of protesters facing the police, Mulder told the Tracker.

Daniel Verde, a journalist who was also at the intersection when the police charged forward to arrest protesters, posted a video on Twitter at 9:21 p.m. showing police pursuing and grabbing protesters as they tried to flee.

In a video taken of the advance on her phone, Mulder can be heard warning her camera operator to be careful while moving toward an armored police car.

One policeman shouts, “Let’s go!” and Mulder directs her crew to capture the officers charging the protesters. As Mulder spins to look around her, she sees her husband, Nick Mulder, on the ground being hit with a baton by an officer while in the process of being arrested. Mulder can be heard yelling to the officer, “Please, please don’t!” The officer responds, “Stay out of here, go back!” At this point, Mulder turns her phone camera off.

According to Mulder, her husband had come to pick her up from the protest and was helping the production crew by holding a light for the broadcast.

“I tried to explain to the police that I’m a reporter; I told him that my husband was part of the group,” she said. Despite identifying herself as press, “four other cops grabbed me, put handcuffs on me as well, and we were both escorted to the [bus].”

Mulder’s phone video showed that, as she asked police to stop, the crowd surrounding the journalist and her husband yelled repeatedly that they were press. One person tweeted about the arrests:

I was arrested here — along with a young female journalist. She was speaking on camera when they grabbed her. They knocked down, beat, and arrested her husband, who was part of the production crew, holding a light. Their sound and camera guys got away.

Mulder said that police zip-tied her husband’s hands and hers, and they were brought to the 90th precinct in a bus full of protesters.

At the station, Mulder said, she offered to show her press pass from the IWW Freelance Journalists Union, as well as an email from her employer about her assignment. “They didn’t look at anything,” she told the Tracker.

In an Instagram post Mulder wrote that her bag was taken and the police officer in charge of searching bags asked her “Do you have anything in your bag that can hurt me?” When she replied in the negative, the officer returned her bag without searching it, she said. After five hours, the couple was released with a summons for a court date a month later, according to Mulder.

According to the summons slip, which the Tracker reviewed, Mulder was charged with “violation of Mayor’s emergency order,” a Class B misdemeanor that carries a fine of up to $500 and a maximum of three months in prison in the New York Penal Code. Neither Mulder nor her husband appeared in court on the day listed on her summons, since the Kings & New York Criminal Court had been closed indefinitely since March. Mulder told the Tracker that no one from NYPD followed up on the summonses issued to her and her husband, perhaps because their last name was spelled incorrectly as M-O-U-L-D-E-R.

Mulder said that the American Civil Liberties Union contacted her husband Nick shortly after the incident. According to the journalist, the ACLU is working with her husband to file a civil suit against the NYPD.

The NYPD did not respond to a request for comment.

Editor's Note: This article was updated to reflect the correct spelling of Nick Mulder’s name.

Russian freelance journalist Yana Mulder expressed doubts on whether charges against her were ever filed, in part due to the misspelling of her last name on summons paperwork.

“I believe that my case was never filed properly,” Mulder told the Committee to Protect Journalists in an email about the charges on Dec. 8, 2020. “Therefore it was never processed and, subsequently, never dismissed, because there was nothing to drop.”

Mulder said in a follow-up text to the U.S. Press Freedom Tracker that she has been unable to locate her summons in the New York court system, though she was given a Criminal Court Appearance Ticket upon her release ordering her to appear at 9:30 a.m. on July 7.

Without further information, the Tracker has changed the status of charges from “pending” to “unknown”. 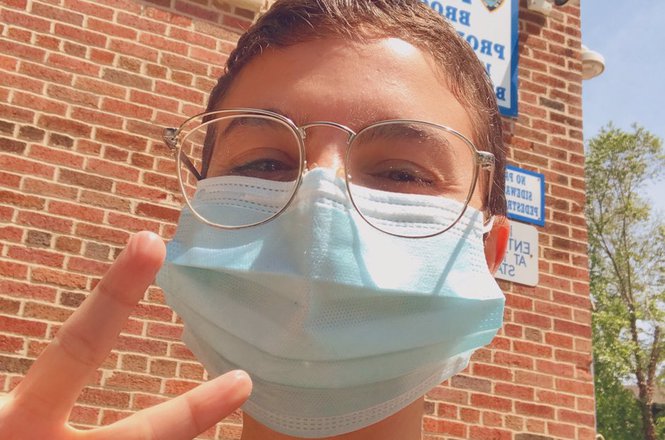