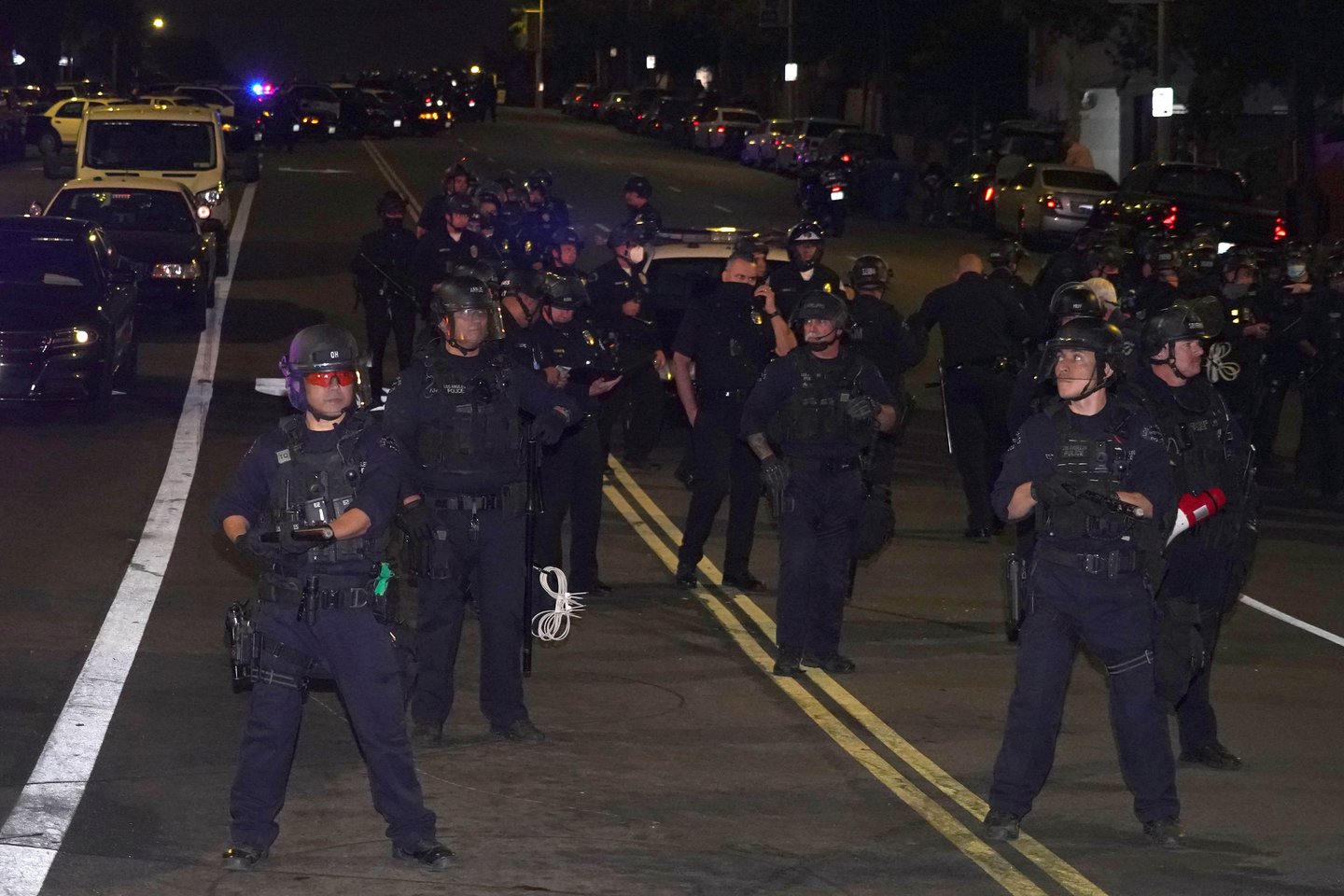 Lexis-Olivier Ray, a freelance multimedia journalist, was tackled to the ground by Los Angeles Police Department officers and beaten with batons, damaging his equipment as he documented the celebrations of the Dodgers’ World Series win in Los Angeles, California, on Oct. 28, 2020.

Los Angeles and cities across the U.S. experienced protests against police brutality throughout the summer, and crowds in L.A. had clashed with police earlier in October during celebrations of the Lakers’ NBA championship win. The U.S. Press Freedom Tracker is documenting assaults, arrests and other incidents involving journalists covering protests across the country.

USA Today reported that the Dodger celebrations in L.A. that began the night of Oct. 27 took place mainly in downtown and in Echo Park, a neighborhood near Dodger Stadium. Ray covered the event on assignment for L.A. Taco, a digital-only outlet focused on the city. Ray did not respond to emails requesting comment.

Ray told the Los Angeles Times that he was near the intersection of West 8th and Flower Streets when officers suddenly sprinted forward and pinned him against a car. Ray said that he feared being dragged underneath the car, which was slowly moving forward, if the driver accelerated.

Shortly after midnight, Ray posted a video to Twitter that shows a line of officers in riot gear rushing at him, pushing him repeatedly and ultimately knocking him to the ground. Ray can be heard identifying himself as a member of the press multiple times.

Ray told the Times that he had introduced himself to a police supervisor at the scene moments before the incident, so some of the officers who were standing with the supervisor should have known who he was.

In a subsequent tweet, Ray posted pictures of a few abrasions on his right hand and elbow, as well as damage to his video camera’s microphone and lens. “A group of LAPD officers just broke my camera mic, tackled me to the ground and beat me with their batons, after I identified myself as a journalist multiple times,” he wrote. He noted, however, that he was “OK.”

A group of LAPD officers just broke my camera mic, tackled me to the ground and beat me with their batons, after I identified myself as a journalist multiple times. @LATACO pic.twitter.com/2VaB4sq8IJ

“It’s really difficult to be a reporter right now,” Ray told the Times.

The Los Angeles Police Department did not respond to an emailed request for comment as of press time. Officer Lizeth Lomeli, an LAPD spokesperson, told USA Today she had no information about the incident.

Lexis-Olivier Ray, a freelance multimedia journalist, told the U.S. Press Freedom Tracker that L.A. Taco filed a complaint on his behalf after he was assaulted by police while on assignment for the online-only outlet on Oct. 28, 2020.

Ray was covering the celebrations following the Dodgers’ World Series win when he says Los Angeles Police Department officers tackled him to the ground and beat him with batons, causing damage to his microphone and camera lens.

The Los Angeles Police Department did not respond to an email requesting comment.