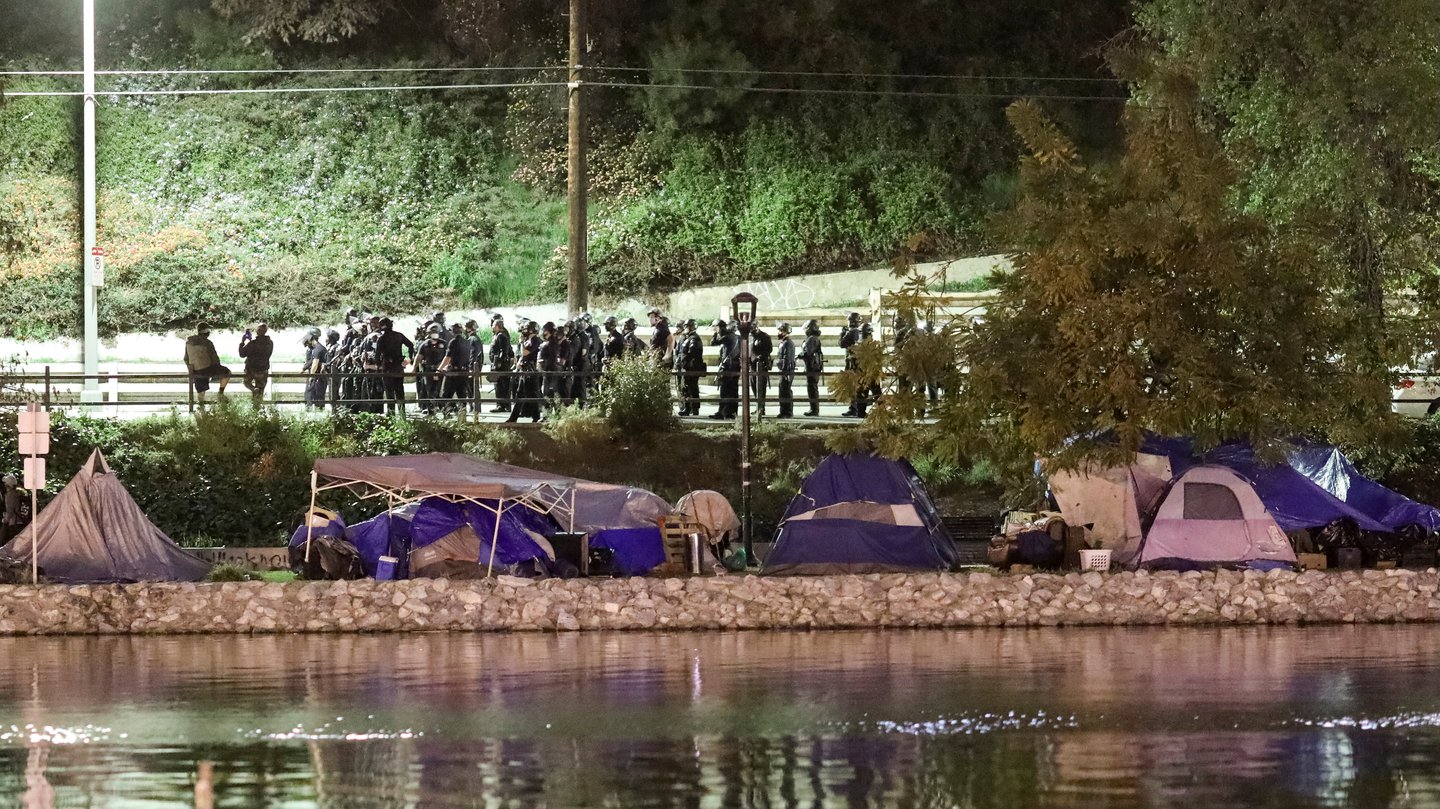 Los Angeles Police Department officers stand near Echo Park Lake during the eviction of homeless encampments there on March 25, 2021. More than a dozen journalists were arrested or detained while covering demonstrations against the evictions.

Jonathan Peltz, a reporter for nonprofit community journalism outlet Knock LA, told the U.S. Press Freedom Tracker he was covering the protest with his colleague Kate Gallagher. Police made an announcement to disperse at around 7:45 p.m, but the message was inaudible to him and most of those present, Peltz said.

About 15 minutes later, an officer ordered members of the media and legal observers to disperse. The police designated a pen for media that was several blocks away, according to Peltz, but he said he wasn’t concerned because there were other journalists around him.

“From my perspective, you know, I was doing my job,” he said. “This was where the protest was happening.”

Peltz said that protesters began to move up the street away from the police line when law enforcement moved in to “kettle” the group and began arresting people.

Peltz told the Tracker that he repeated to police that he and his colleague were journalists. He said he heard other people nearby say that they were press, too.

Peltz said he continued to record video of the confrontation until 8:35 p.m.; he said he noted the time on his camera just before officers restrained his wrists in zip-tie cuffs. He asked the officer who was recording his personal information what he was being charged with, but the officer did not know.

A tweet from the Knock LA Twitter account posted at 9:45 p.m. said that Peltz and Gallagher were arrested by the LAPD while they were covering the protest.

Two of our reporters have been arrested at #EchoParkRiseUp pic.twitter.com/T1zeBPm7Dw

Knock LA called for police to release its journalists immediately, and demanded that any charges be dropped.

“Law enforcement cannot be allowed to jail journalists for doing their job,” the statement reads.

Peltz told the Tracker he again identified himself as a journalist to police as he was loaded onto a bus with other people who had been arrested. They were transported to the LAPD Metropolitan Detention Center, where he was processed. Peltz said his wrists were zip tied so tightly that his hands went numb.

He said he was released at around 12:30 a.m. on March 26 but was ordered to appear in court on July 30 on a charge of failure to disperse.

UPDATE: Jonathan Peltz and Kate Gallagher are free. Thank you to everyone who advocated for their release. pic.twitter.com/wB0eiqiKcF 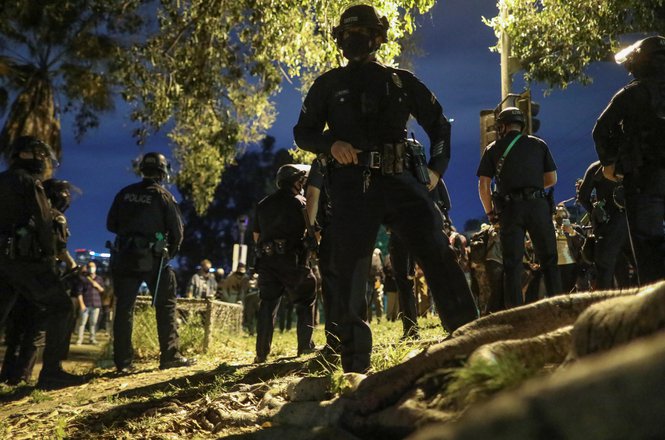