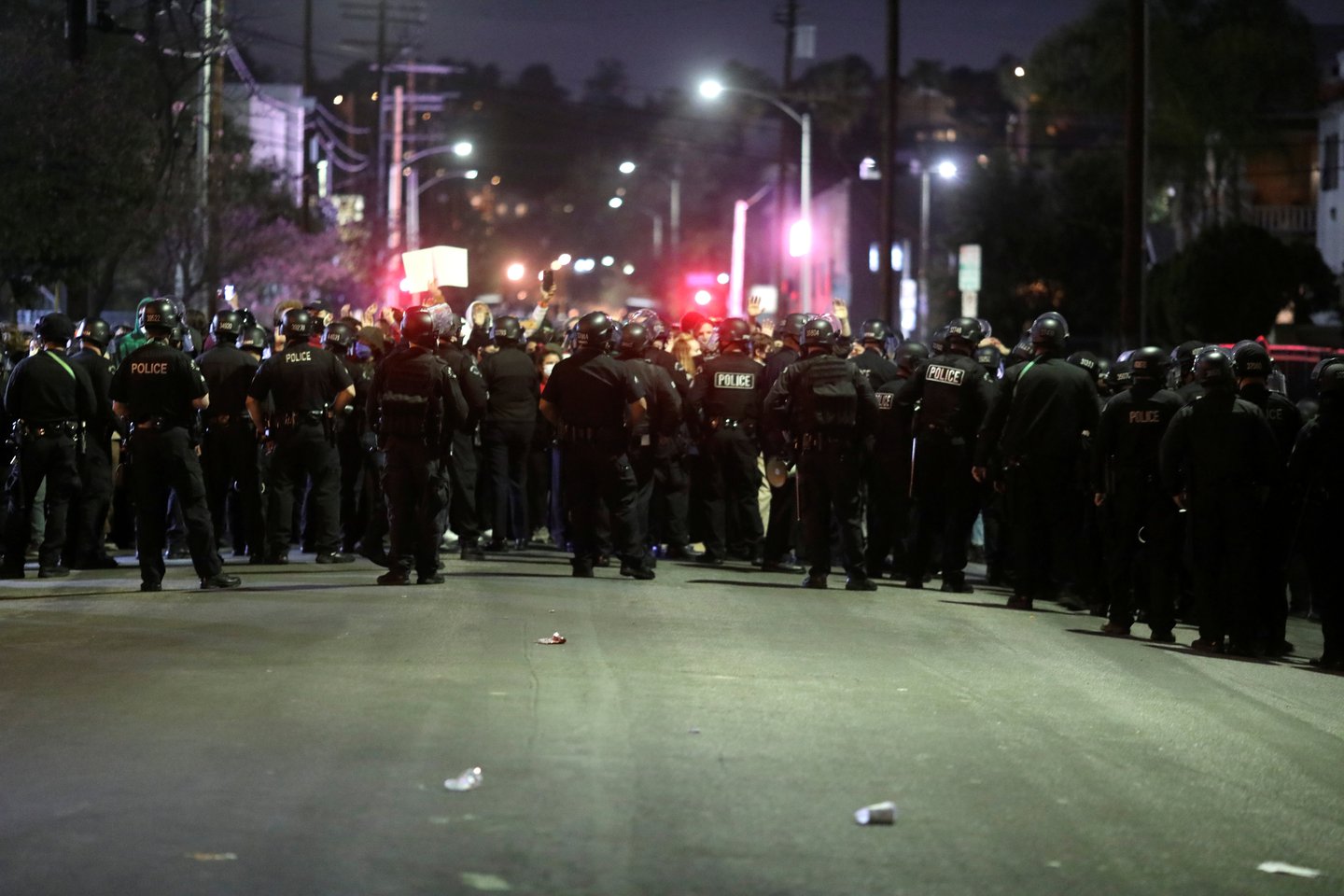 Protesters clash with Los Angeles Police Department officers during an eviction of homeless encampments at Echo Park Lake in California on March 25, 2021. More than a dozen journalists were arrested or detained during the demonstrations.

Kate Cagle, an anchor and reporter for Spectrum News 1 SoCal, a local Los Angeles news channel, was among the journalists detained while she was covering the protests.

Cagle posted on Twitter at 8:22 p.m. that she was being held in the kettle at Echo Lake Park. A few minutes later, she posted a video of protesters and police, explaining that the group was being held between two lines of police officers.

At around 9 p.m. Cagle tweeted that an officer announced that everyone was being arrested.

In a video Cagle later posted on Twitter, two officers are leading Cagle away from the camera. She can be heard saying, “Wait, I’m with Spectrum News 1!” and saying that she needs to stay with the members of her crew.

"I have to stay with my crew."

This is the moment three LAPD officers pulled me from a crowd of protestors and zip tied my hands tonight at Echo Park Lake. @SpecNews1SoCal pic.twitter.com/jwSBFgpsSc

She wrote on Twitter that she identified herself as a Spectrum News 1 reporter and showed a press pass issued by Los Angeles County. She said she also texted her location to the LAPD public information officer, and her newsroom called a police supervisor.

“They still handcuffed me,” she wrote.

Just to be crystal clear - I identified myself as a reporter for Spectrum News 1 and showed my LA County press pass.

They still handcuffed me.

While she was detained in the kettle, Cagle posted on Twitter that she was with two freelance photographers who were live-streaming for Spectrum News 1. The U.S. Press Freedom Tracker has not been able to identify the two photojournalists, and Cagle did not respond to a request for comment. Efforts to reach newsroom leaders of Spectrum News 1 were not successful, but the channel’s news site confirmed in an article that Cagle had been detained and released.