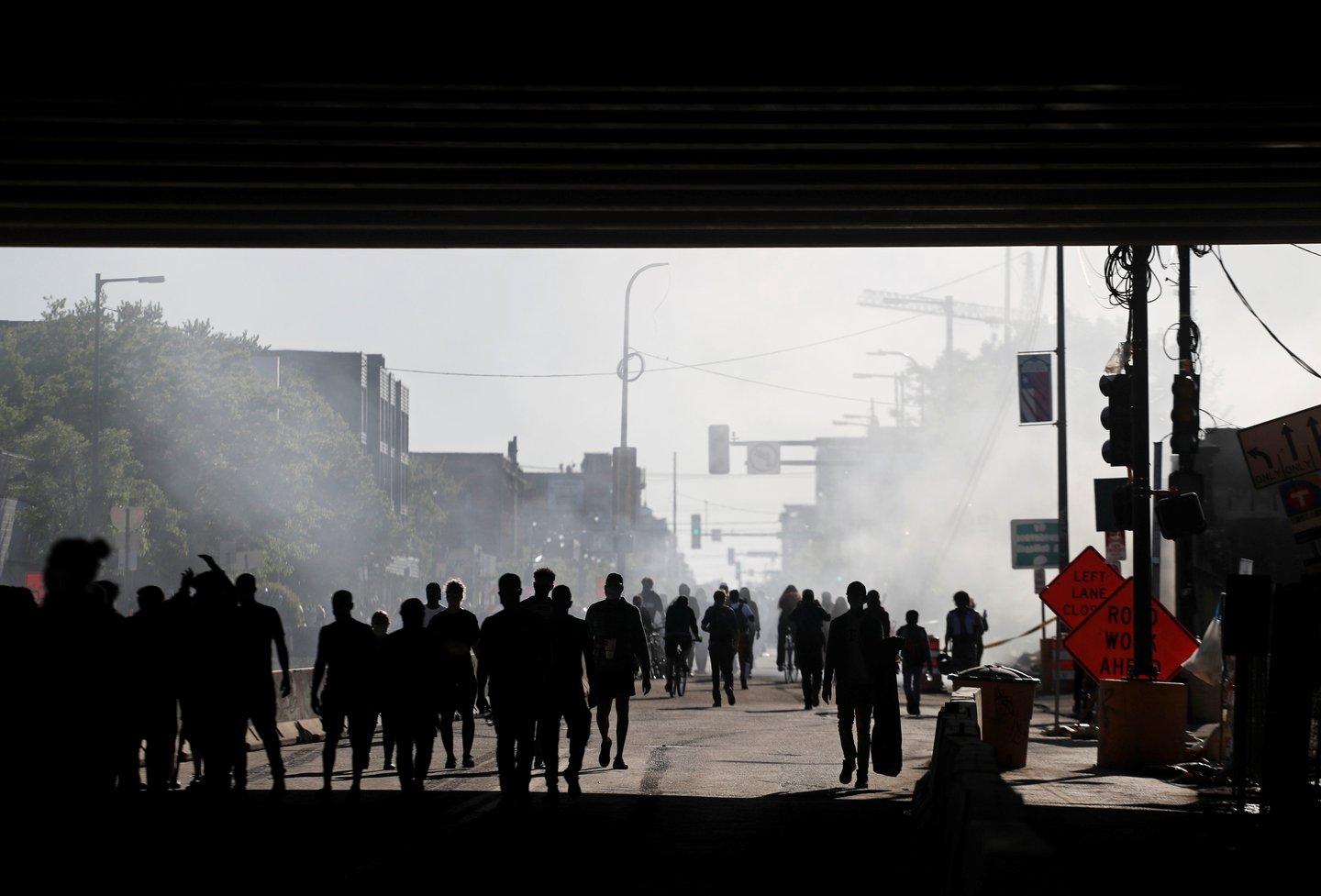 In the span of two minutes on May 30, 2020, a news crew from NBC-affiliate KARE 11 that was covering protests and unrest in Minneapolis, Minnesota, was held up at gunpoint by one man, and threatened by another man wielding a crowbar.

Investigative journalist A.J. Lagoe and photojournalist Devin Krinke had just driven into central Minneapolis from St. Paul after hearing that there might be "something going on" under the highway underpass of Interstate 35 West around 9 p.m., Lagoe told the U.S. Press Freedom Tracker. He said there were not many police in the vicinity and several people in the area expressed unhappiness at seeing reporters around.

A man in the crowd approached Lagoe and started asking him about the bulletproof vest he was wearing, Lagoe told the Tracker in an interview. “He kept saying he wanted it,” Lagoe said. Eventually, the man produced a semiautomatic handgun and demanded the vest.

Lagoe was holding his cell phone on the tripod at the time and Krinke was standing a few feet away, holding his camera. “We clearly identified ourselves as press, but that didn’t help the situation at all, it only inflamed it,” Lagoe said.

As Lagoe tried to talk his way out of the situation, a man brandishing a crowbar approached him and Krinke, Lagoe recounted. The man, who was dressed in black body armor decorated with a red medic cross, menanced them with his crowbar while shouting, “Give us all your stuff,” before running off and swinging his crowbar at someone else in the area, Lagoe recounted.

This provided enough of a distraction to enable Lagoe and Krinke to back away from both men, and round the corner and quickly head back to their car, Lagoe said. They drove a few blocks away and set up to do a live shot, and the man with the crowbar drove by them, swearing at them through an open window.

Afterward, Krinke tweeted about the experience:

@AJInvestigates and I were threatened at gun point at 2nd ave S and East Lake St. Young man even swung crow bar at AJ. He then swung at another photojournalist and destroyed his camera. Journalist friends please avoid this area. @kare11 @wcco @fox9 @efrostee @KSTP pic.twitter.com/HcnvevsINg

That same evening, the crowbar-wielding man struck the camera of Lucas Jackson, a Reuters photographer, breaking it. Lagoe later retweeted a video of the man striking Jackson’s camera:

This is guy who swung crowbar at me & @devphotokare11 https://t.co/8DcxaRdZ2K

That instance of equipment damage is catalogued here, in a separate post on the Tracker.

Lagoe told the Tracker that they did not file a police report about either assailant.

The Tracker emailed the Minneapolis Police Department for comment about whether anyone has been arrested in these incidents of alleged assault, or if police reports had been filed regarding these matters. The request was not answered as of press time.

Mike Max, a reporter for WCCO, a CBS affiliate station based in the city, was reporting live a few blocks from the Fifth Precinct police headquarters when he reported that a man wielding a crowbar or cane tried to assault WCCO cameraman Chris Cruz. Max also said the man assaulted another photographer, whom he didn’t identify. Neither Max nor WCCO responded to requests for comment as of press time.