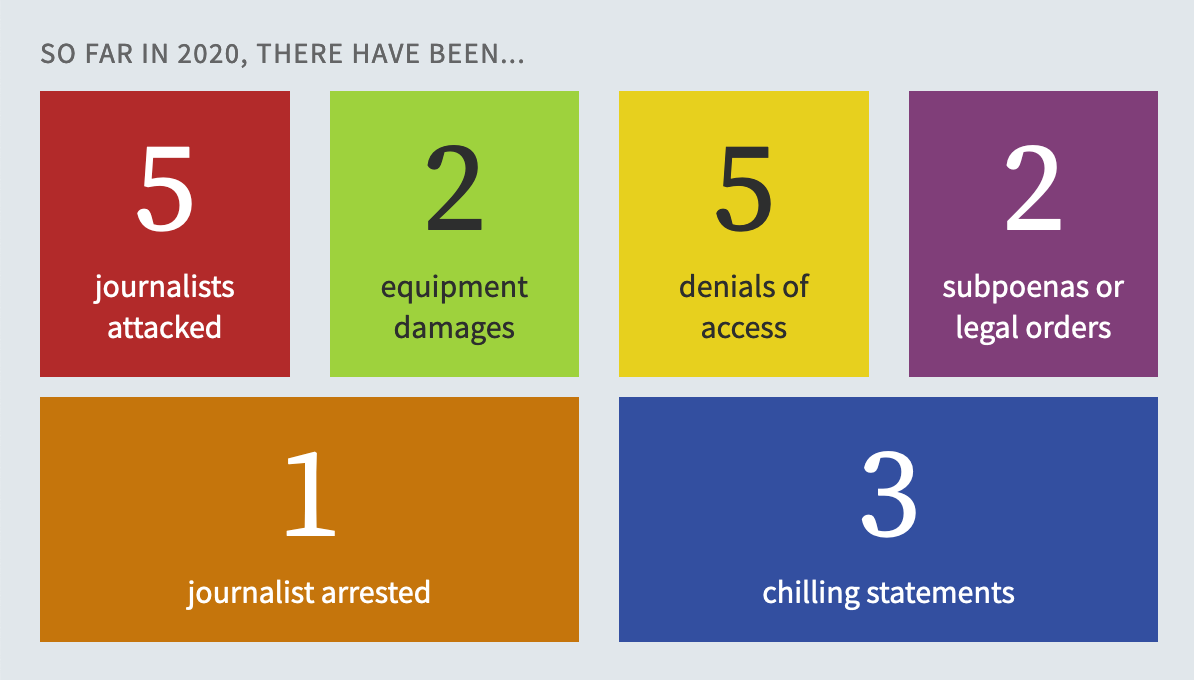 There was only one story this past month, and if it didn’t begin with CO and end with VID-19, it barely registered. At Freedom of the Press Foundation, where the Tracker is housed, our far-flung team is used to remote work, and we’ve adjusted in part by checking in more with one another. I hope you and yours are faring well.

With fewer overall incidents reported last month, we focused on supporting those at the front lines of covering the pandemic and its fallout for journalists. The Tracker was founded with a broad coalition of partners, and here’s our round-up of resources and guides from some of those organizations.

Read on our Blog page:

Strength in Partners: A Guide to Resources 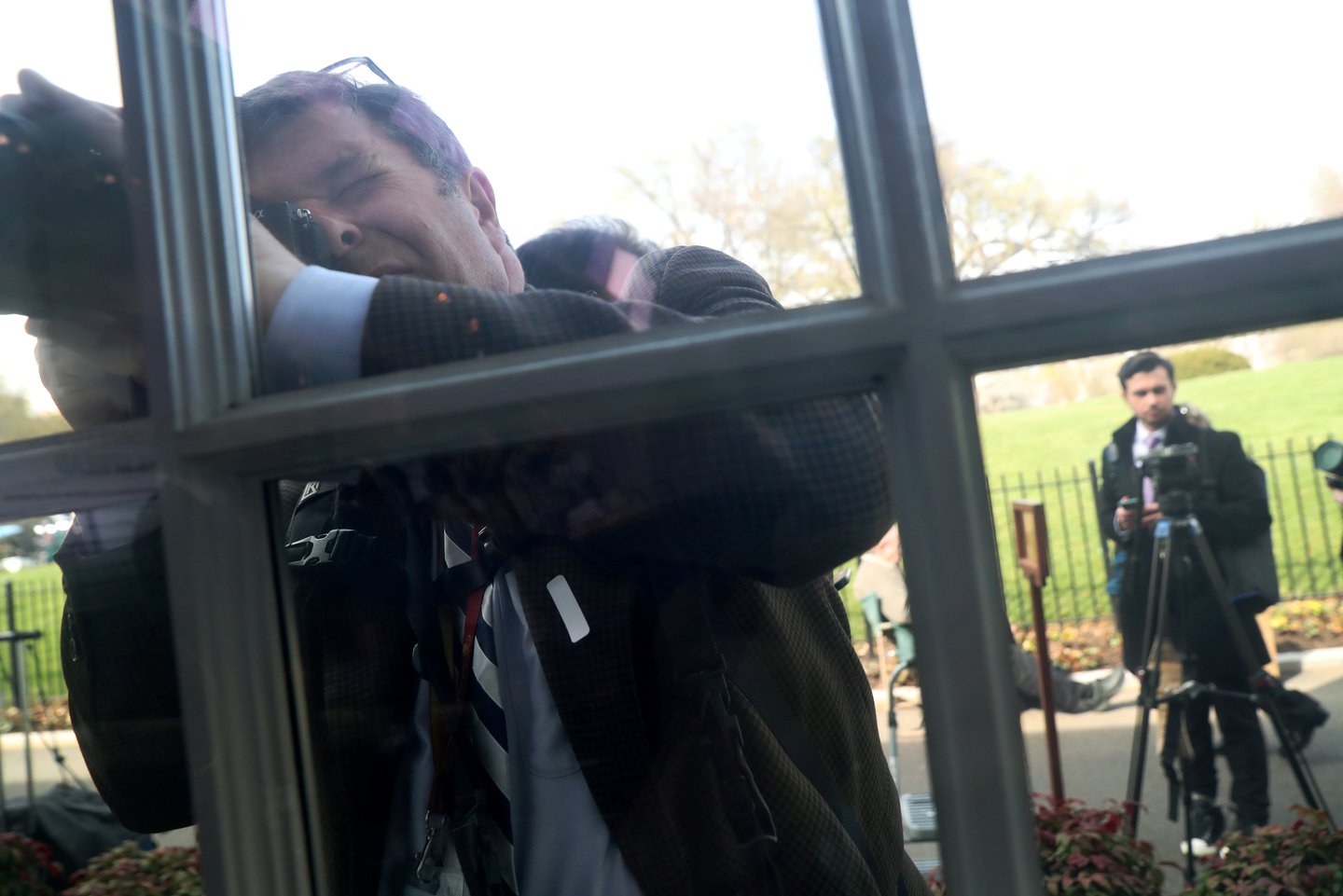 A journalist photographs through the window outside the White House briefing room as President Donald Trump addresses the COVID-19 pandemic inside. As journalists’ work has quickly evolved, resources and safety guides bring best practices and tips.

There will be long-term effects to access to information, as well as immediate fallout. In Florida, Tallahassee bureau chief for the Miami Herald, Mary Ellen Klas, tweeted that she was barred from entering Gov. Ron DeSantis’ COVID-19 pandemic briefing on March 28. Klas, who also reports for Tampa Bay Times, said the denial of access was a response to her request that the briefings follow social distancing guidelines. The Miami Herald editorial board called the move “vindictive, petty — and illegal."

Throughout the month, we collected incidents across multiple categories:

The Wisconsin Department of Children and Families sent a cease-and-desist letter to an NBC reporter and producer in an effort to block the outlet from publishing information the agency believed was confidential. Reporter Mike Hixenbaugh told the Tracker that the information was gathered legally, but the agency’s tactics stunned him.

“It was unusual and surprising to receive a letter that suggested that I could be imprisoned for doing journalism,” Hixenbaugh said.

As part of an ongoing defamation lawsuit between NPR and a Texas businessman, the public media company subpoenaed Gateway Pundit reporter Cassandra Fairbanks.

NPR told the Tracker that Fairbanks was listed as a witness during the course of discovery, and it therefore had to ask for information.

Fairbanks told the Tracker that she was shocked when she received the subpoena.

“I thought, ‘Wow, they’re trying to get my source material, that’s crazy,’” she said.

In March, we documented two incidents where serious threats against journalists resulted in arrests.

In Buffalo, New York, FBI agents arrested a seminary professor in connection with death threats made against a reporter for his work around abuse in the church.

WKBW chief investigative reporter Charlie Specht told the Tracker that over the course of several months the nature of the calls he received escalated, and then the man threatened his life.

“Criticism of news reporting is acceptable and even welcomed,” Specht said in an interview. “But making personal threats against a reporter for simply doing his job goes against the entire American belief in a free press.”

We also documented the FBI arrests of five members of the neo-Nazi paramilitary group Atomwaffen for an alleged targeted harassment campaign against members of the media and others. The five men, spread across four states, were charged with criminal and swatting conspiracies. 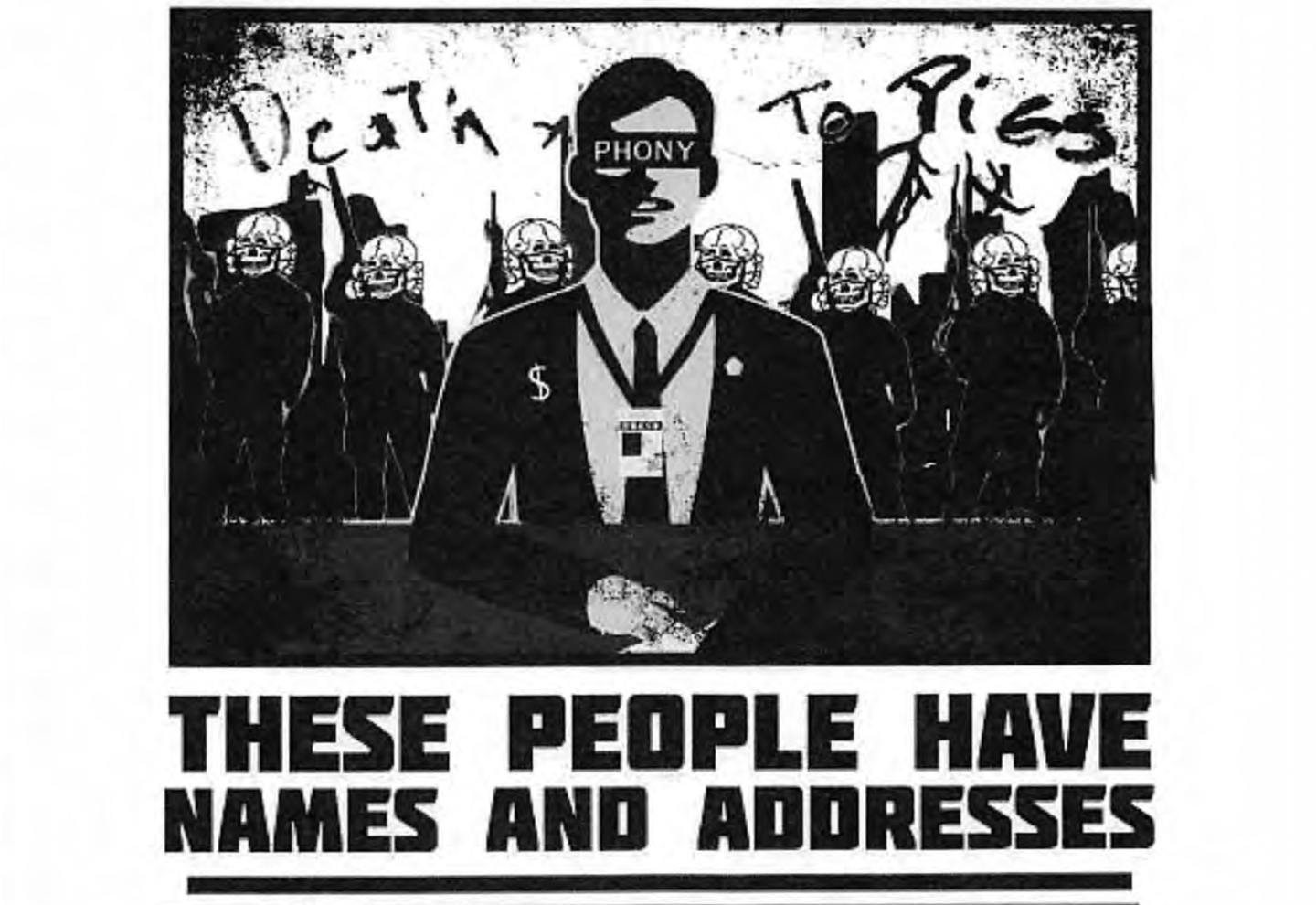 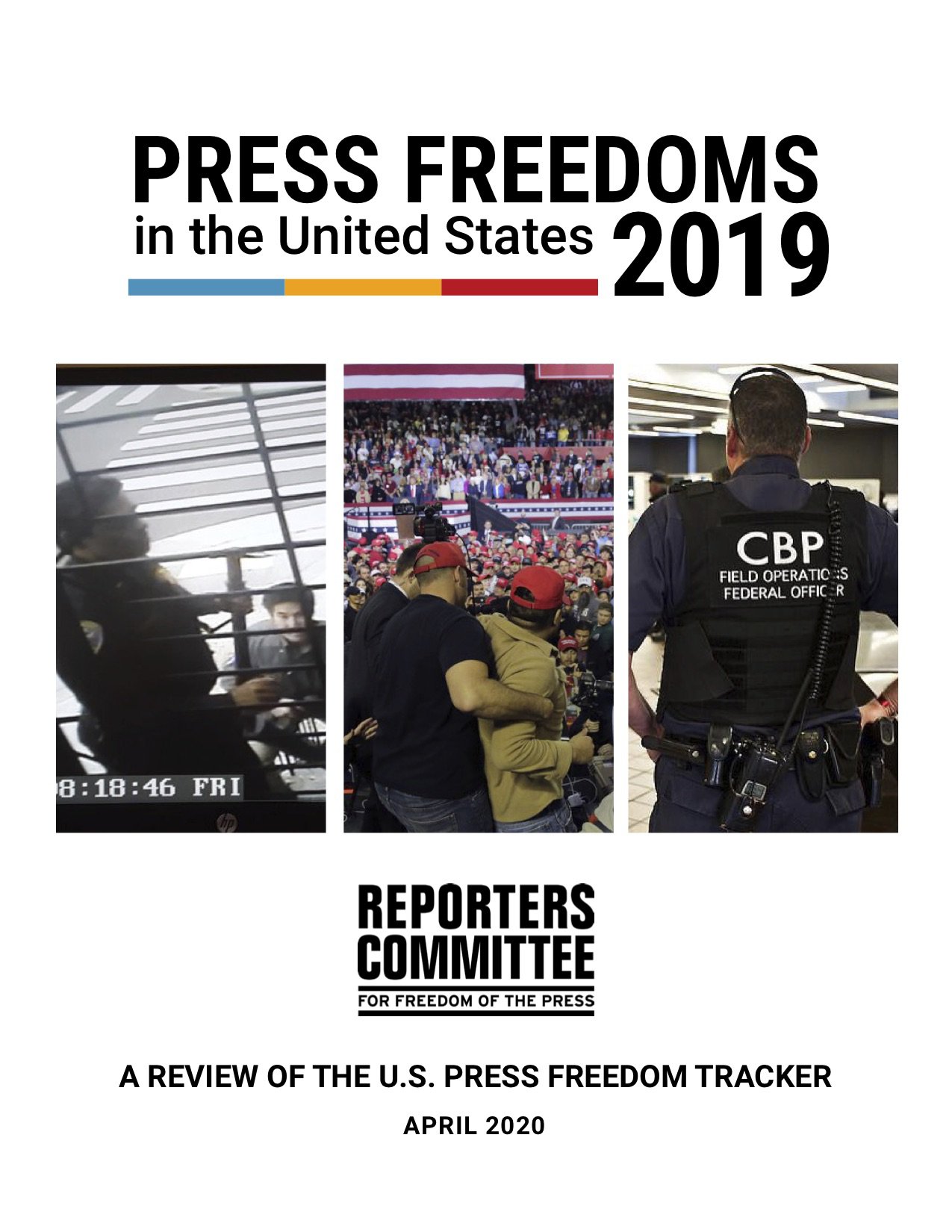 Reporters Committee for Freedom of the Press

What’s ahead is unknown, but we can look back with all the perspective that hindsight affords. The Reporters Committee for Freedom of the Press has released its third annual review of the U.S. Press Freedom Tracker, “Press Freedoms in the United States in 2019.” As one of the founding groups of the Tracker and a member of its steering committee, the Reporters Committee offers context and analysis for incidents reported each year.

Find every incident we’ve documented since 2017 here, and submit tips and updates through our submission form.

I usually sign off with a simple 'Best,' but as I live, work and parent through this pandemic I've adopted the Spock-hand emoji in my goodbyes. It's the sincere hope that I have for all of us and the days ahead: Live long and prosper, friends.